The Gisborne Peninsula is a relatively unexplored gem - when comparing to other popular attractions in the country. Understandably so, it's a far drive from most of the typical tourist routes. But for those who do make the effort to get out here, there's a whole pile of wonder, beauty and magic to uncover.

We spent a couple days driving from Gisborne on the southeastern side up to Opotiki on the northwestern part and stopped along the way at some of the prettiest coastal views we've had yet.

If you're planning a roadtrip out to the Gisborne Peninsula, are looking for some day trips from Gisborne or simply want to extend your North Island roadie by a few extra days to hit these special spots, this itinerary is for you! I've put together a list of 8 awesome places you should really see as you drive along the easternmost peninsula of the country:

Watch the sunrise in Gisborne

The closest city to the easternmost point of the country is Gisborne, where you can watch a wonderful sunrise on the beach. While it isn't exactly the first sunrise in the world (that comes a little later as you drive up to East Cape!), it's a pretty spectacular view all the same and well worth the chilly morning air!

Out in quaint Tolaga Bay, the longest wharf in New Zealand just out into the sea, 660 metres long. Opened in 1929 to allow large ships to load and offload goods, this wharf was a bustle of activity for 40 years. In the late 60s, the wharf began to fall into disrepair in the wind-beaten bay, so over $5 million was raised in an extensive restoration project allowing the wharf to now stay both as a valuable cultural and tourist spot. It's a gorgeous place from which to admire the Mitre Rocks which encompass Tolaga Bay and hide from view Cooks Cove, where Captain Cook landed with his crew in the late 1700s.

Just adjacent to the Tolaga Bay Wharf on the other side of Mitre Rocks, you can do a 2-3 hour lovely hike through private farmland (with plenty of friendly sheep!) to Cooks Cove. It was here that James Cook landed in 1769 with the HMS Endeavour on his circumnavigation of New Zealand. I can only imagine his jaw dropping as he approached this impressive peninsula!

Hole-in-the-Wall on the Walkway

Just before arriving in Tolaga Bay and the now-named Cooks Cove, James Cook arrived in Tokomaru Bay where he and his crew were greeted by the local Māori. A plaque commemorates the event, which occured on Oct 21, 1769. The beach itself is quite spectacular and wide in scope.

Driving down to the beach

Watch the first sunrise in the world at East Cape

East Cape is the easternmost tip of land in New Zealand, home to the easternmost lighthouse in the whole world. From the top of 800 steps which you'll need to climb early in the morning, you can be the first person on the planet to watch the sun come up on the day! It's a pretty special experience.

Check out my detailed guide here! 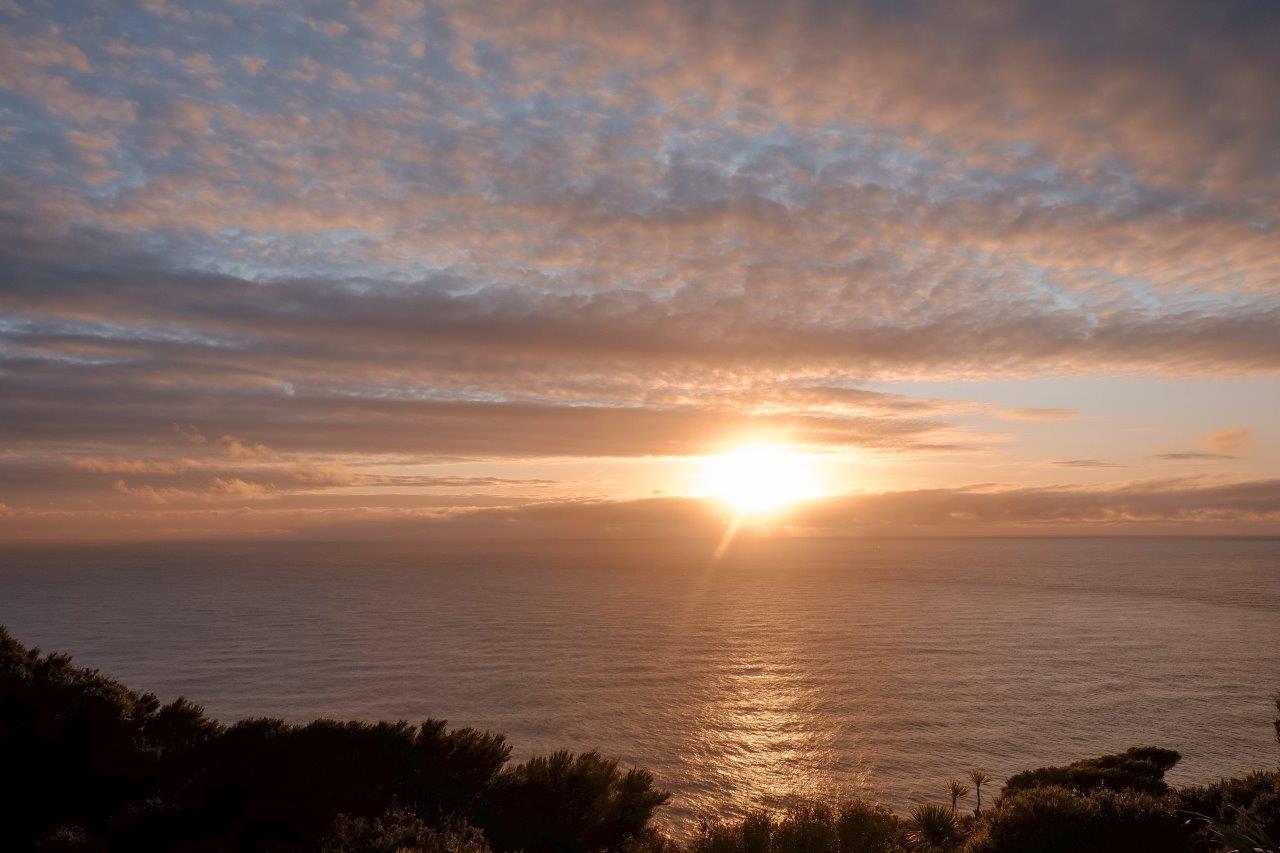 First sunrise in the world!

Enjoy the viewpoints along the drive through Bay of Plenty

From the East Cape, the drive is quite stunning all the way down the Bay of Plenty coast. There weren't many designated view points - perhaps because there aren't many tourists driving these roads. We did however enjoy some pull outs between Waihau Bay to Te Kaha and Haopoto!

No need to go all the way to Hawaii for this one! New Zealand has its very own Hawai situated on the coast with gorgeous mountains and a beautiful beach to hang out on.

Watch the sunset at Waiotahe Beach

Finish your roadtrip in Opotiki and make sure to catch the sun going down behind the horizon at Waiotahe Beach, a beautiful beach perfect for running around on and enjoying.

Hi! I'm Jana, a writer and photographer passionate about documenting the world around me.

END_OF_DOCUMENT_TOKEN_TO_BE_REPLACED

Click here to hear from me once a month!