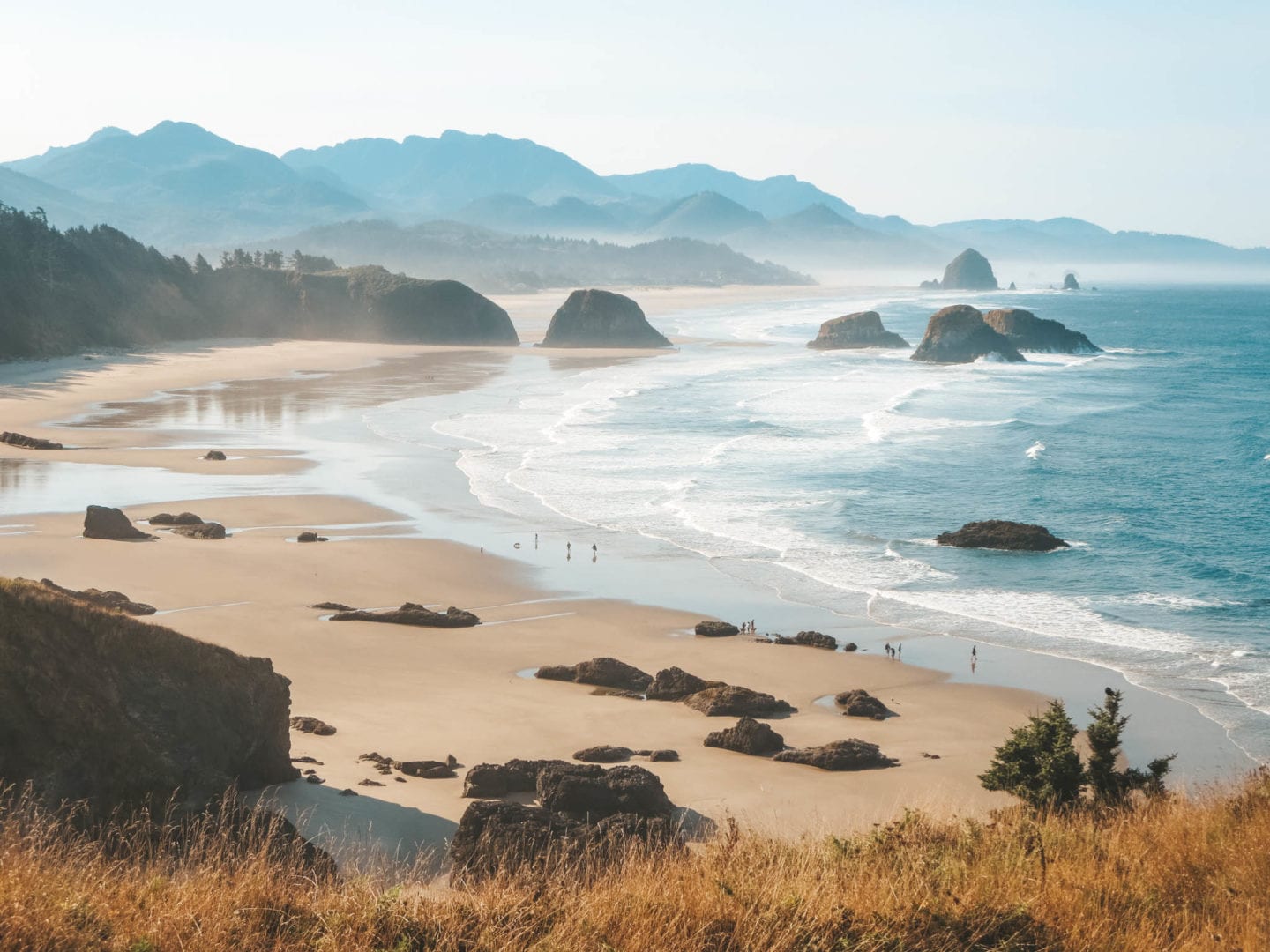 The Oregon Coast is an enchanting place. For years I have dreamed of traipsing my way down the coastline, and everyone I spoke to about it encouraged those dreams with "oh gosh you must" 's and "it's my favourite place" 's and "mmmmmhmmmm" 's.

Oregon has some of the best coastline in North America, thanks to a fantastic piece of legislation that passed in 1967 called the Beach Bill that established the land along the coast from the water up to 16 feet above low tide as publicly owned, meaning that no-one can claim private beach for themselves. Every single inch of Oregonian coastline can be visited, explored and loved.

This also means that a roadtrip along the Oregon Coast is the stuff roadtrip dreams are made of - every few minutes you can pull over at another beach, another overlook, another state park.

Where to Camp on the Oregon Coast

We drove the Oregon Coast from north to south, so began our trip at the northenmost tip of Oregon in Astoria. There's a darling campground on the westernmost peninsula called Fort Stevens, part of Lewis & Clark National Historical Park. This state park boasts endless beach as far as the eye can see, a shipwreck, multiple wildlife viewpoints, lakes and recreational areas and an old World War 2 bunker! The campgrounds are wonderfully maintained with all the facilities you need. 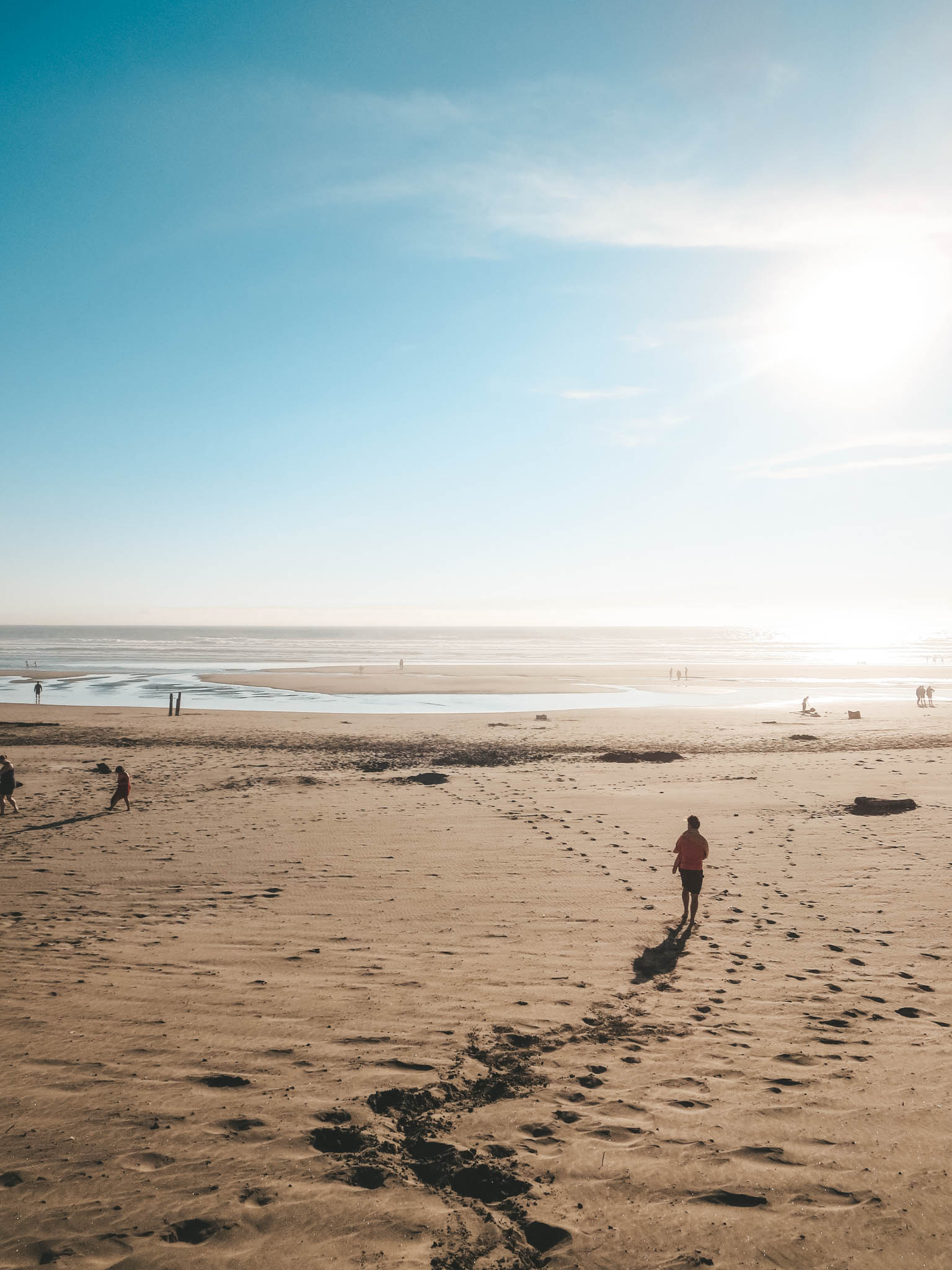 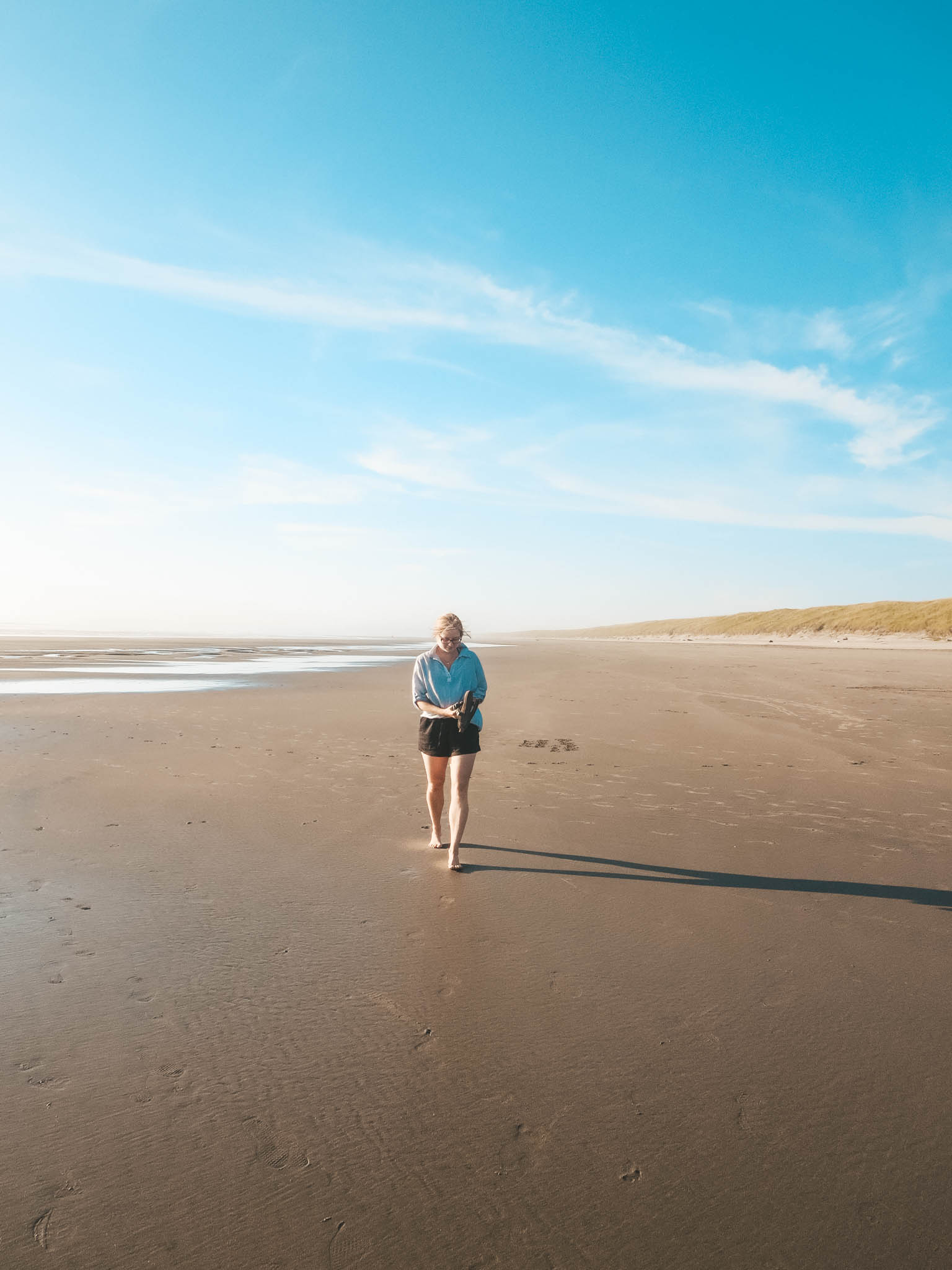 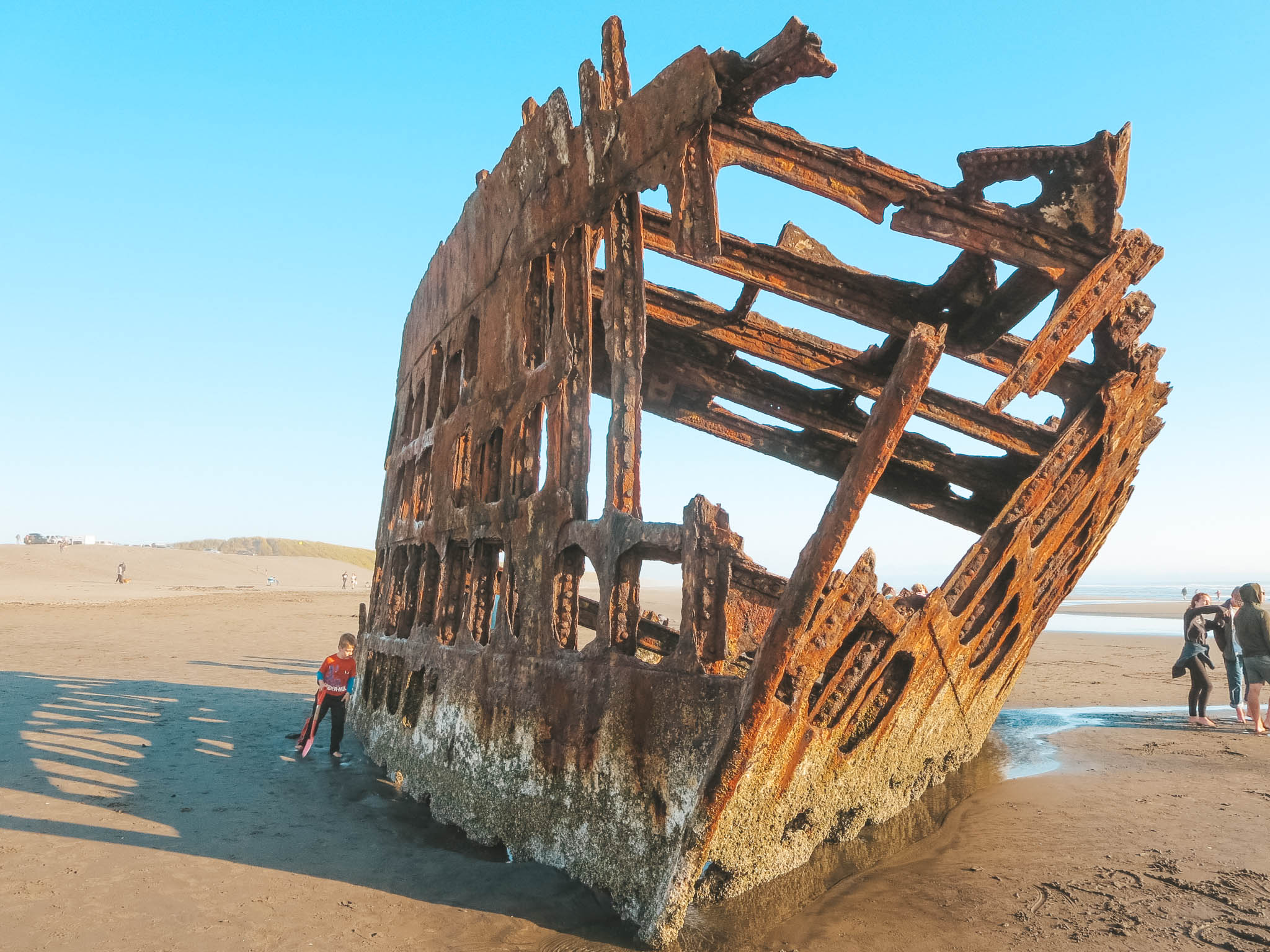 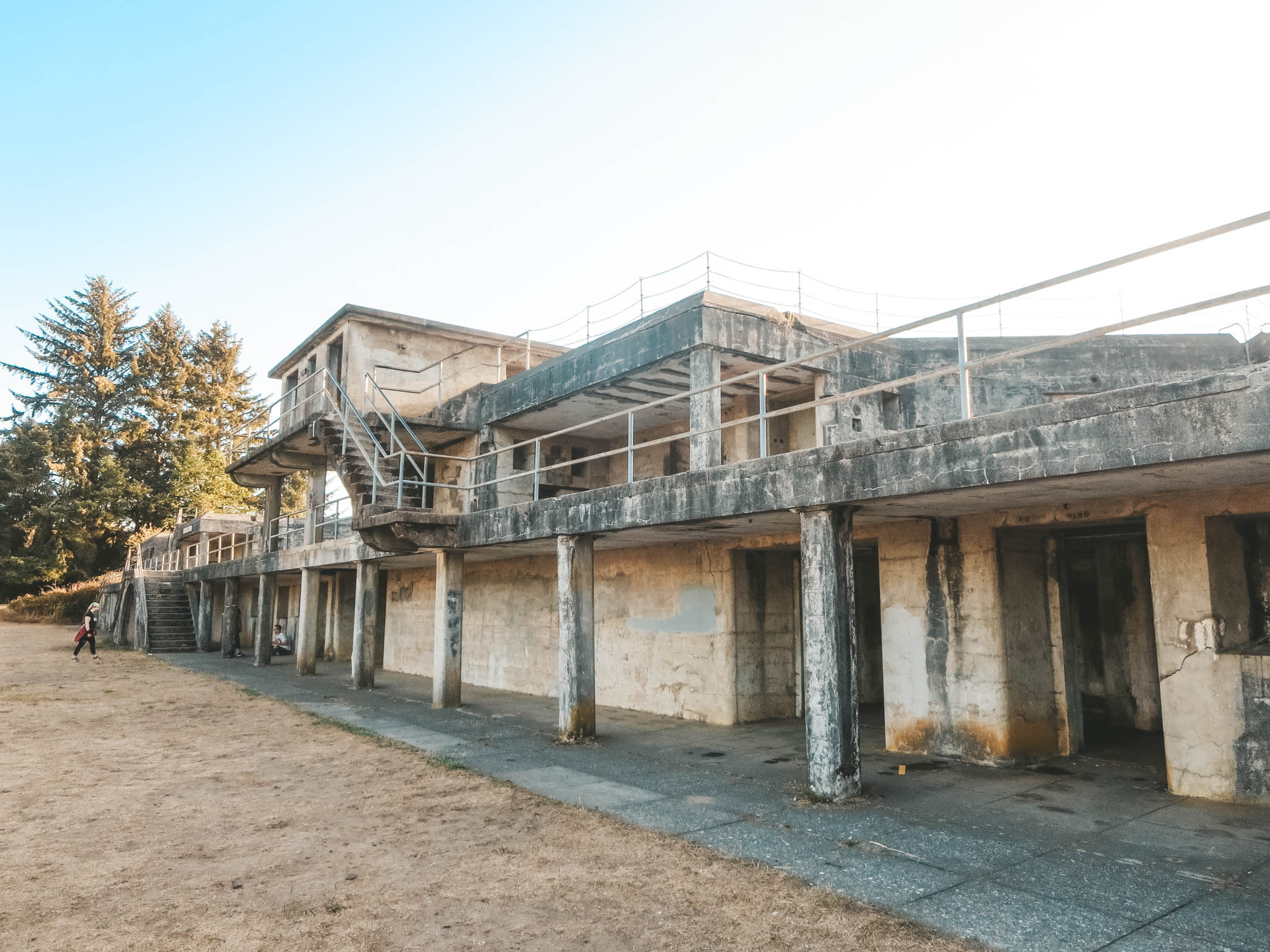 Stops You Must Make Along the Oregon Coast

Probably the best view of the Oregon Coast, including the iconic Haystack Rock, is from Ecola State Park. Wind your way through the trees and be greeted with a panoramic view that is sure to take your breath away. 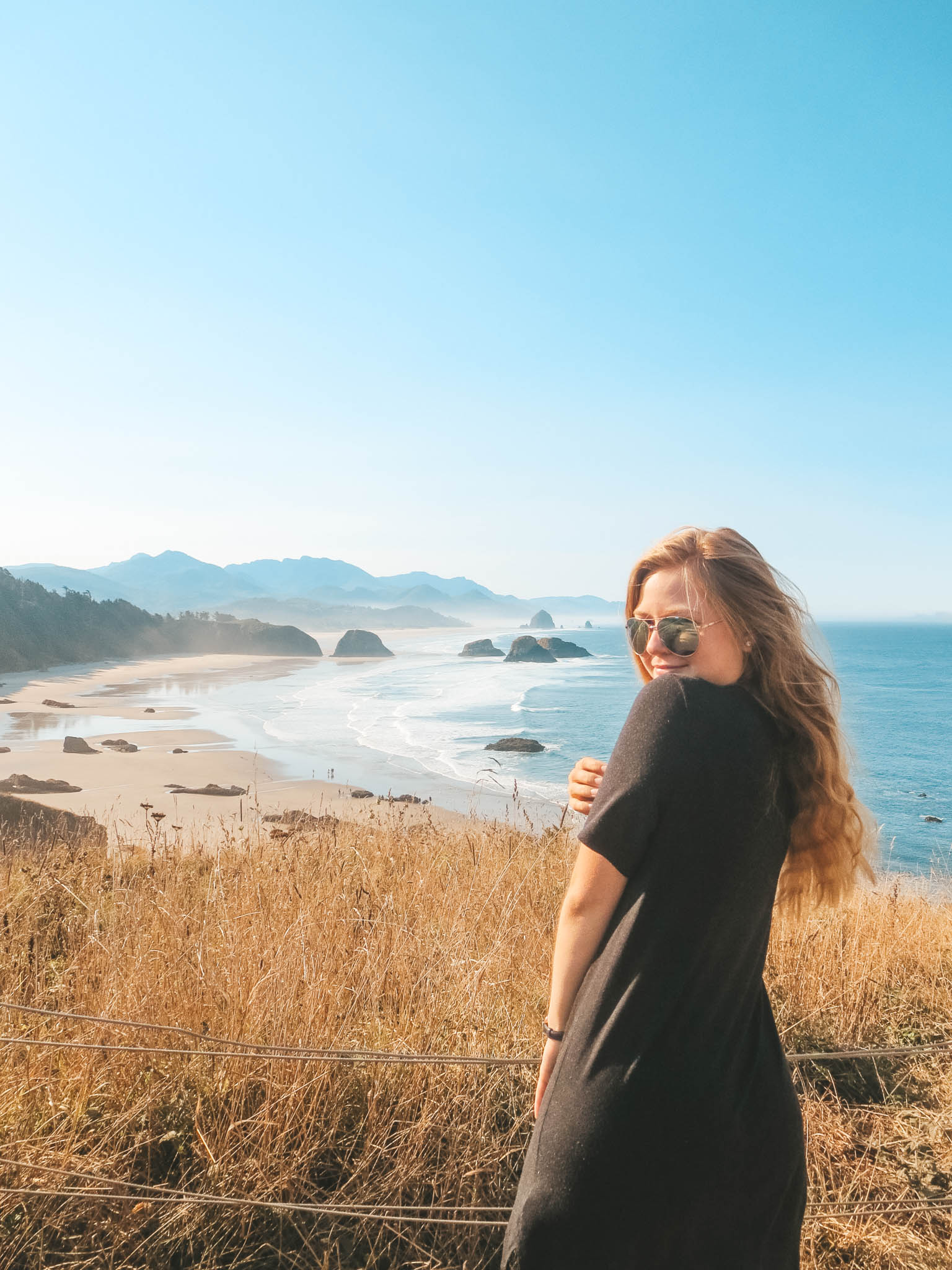 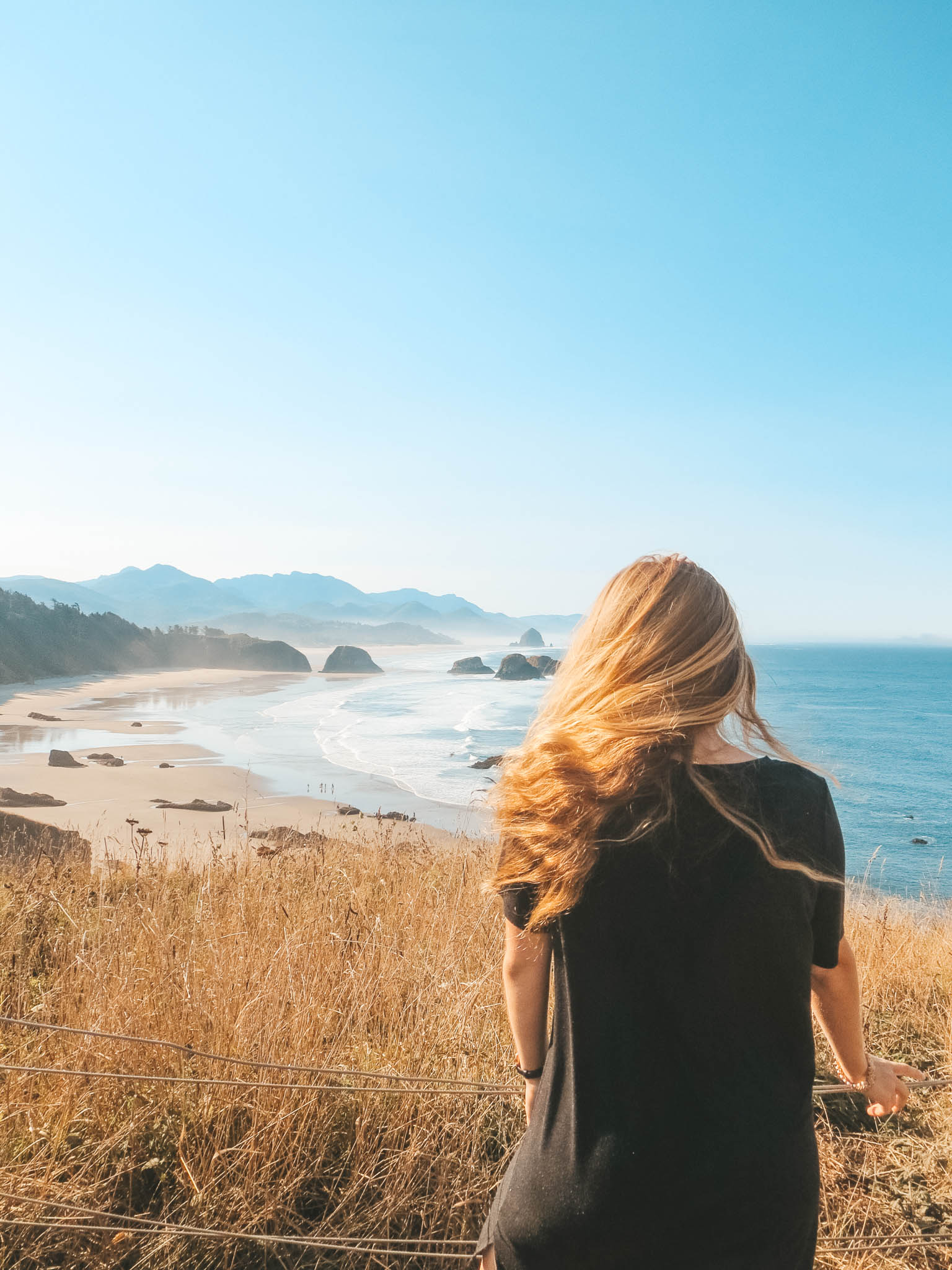 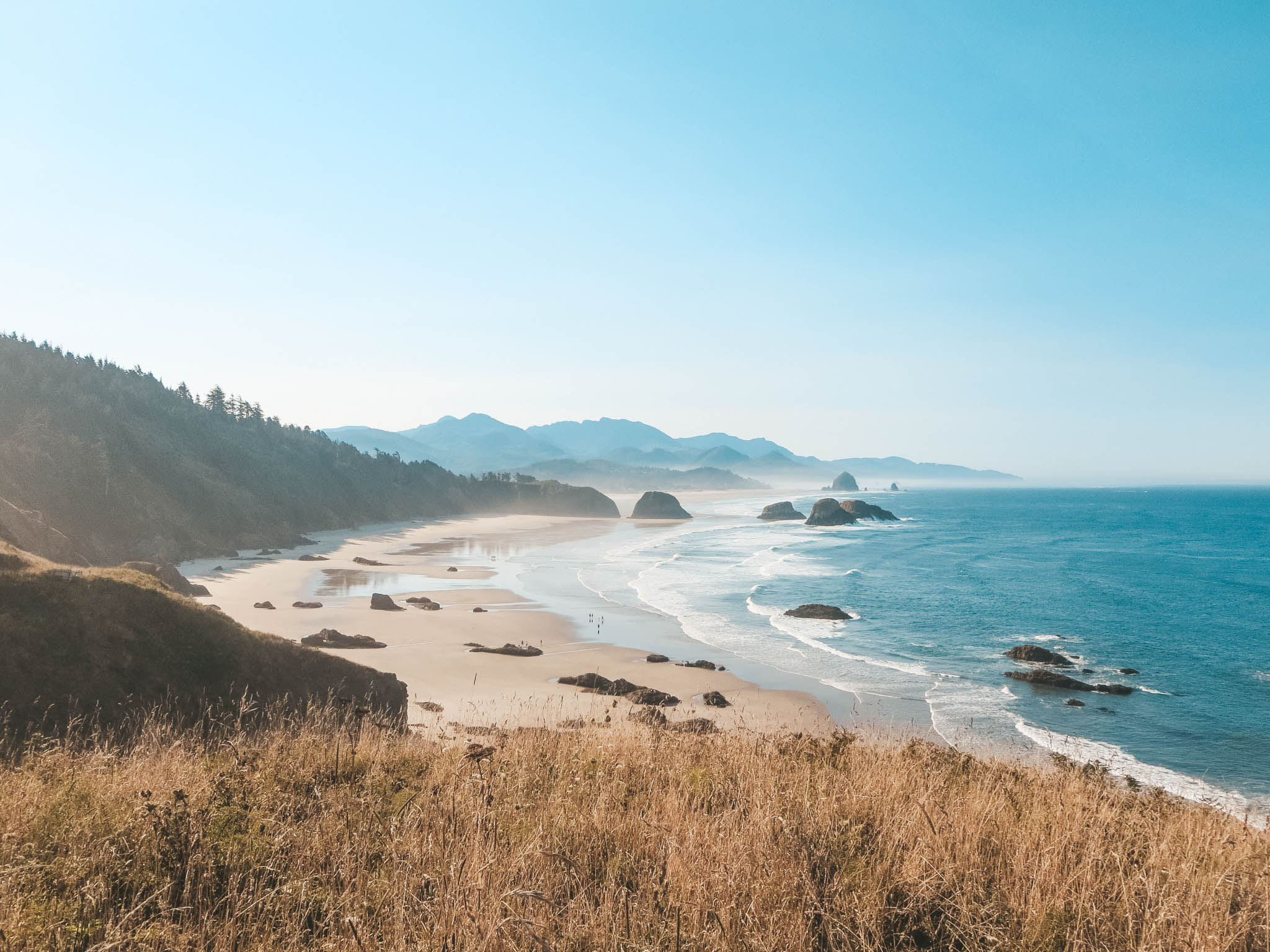 Quite possibly the most famous symbol of the Oregon Coast is the poignant Haystack Rock, standing solidly on Cannon Beach, an idylic seaside community. You cannot access Haystack Rock as it is a dedicated wild bird refuge, where many species of birds nest and habit. Informative brochures and local guides have bountiful knowledge to share and you can learn about the abundance of wildlife in the area. 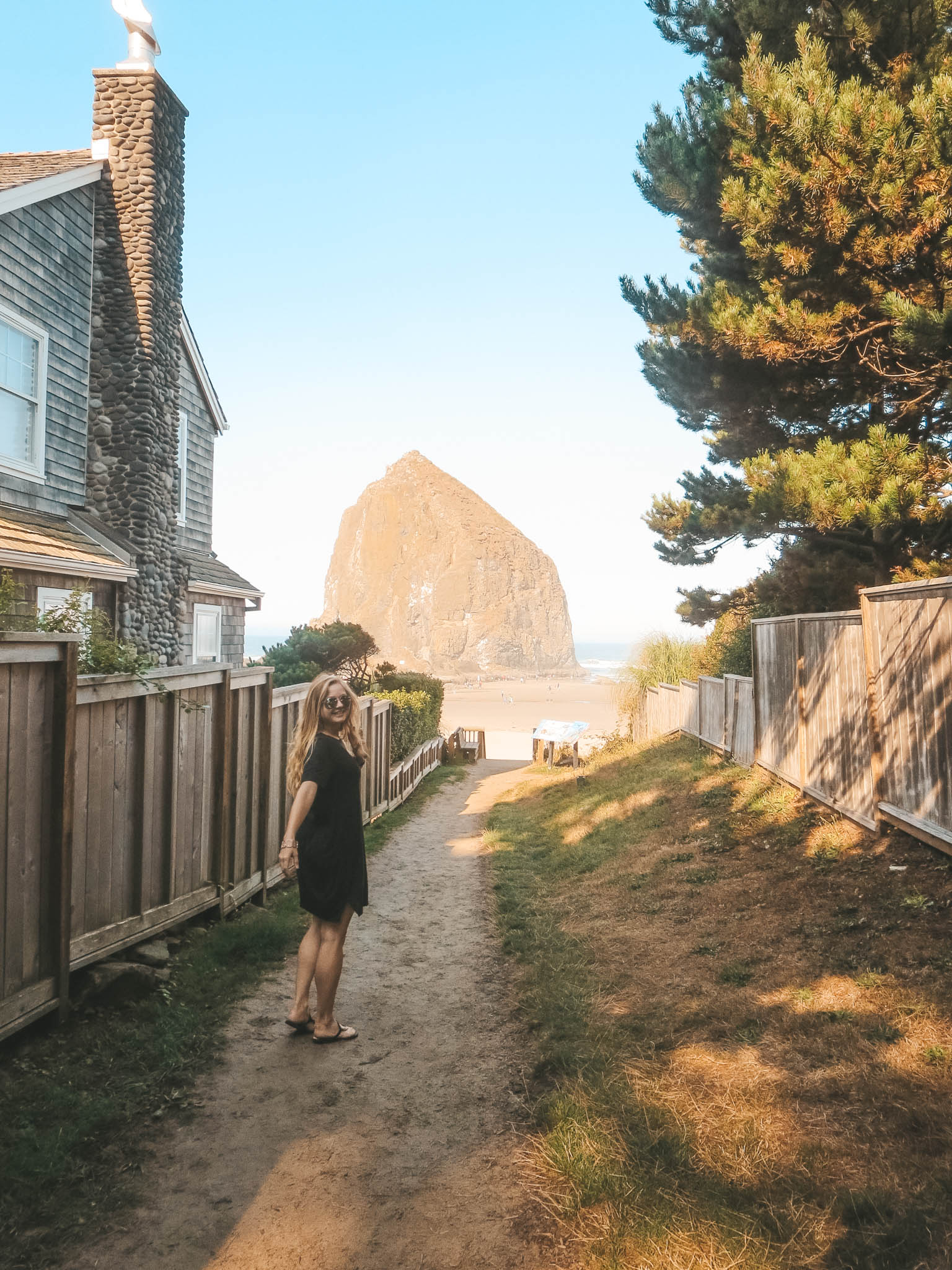 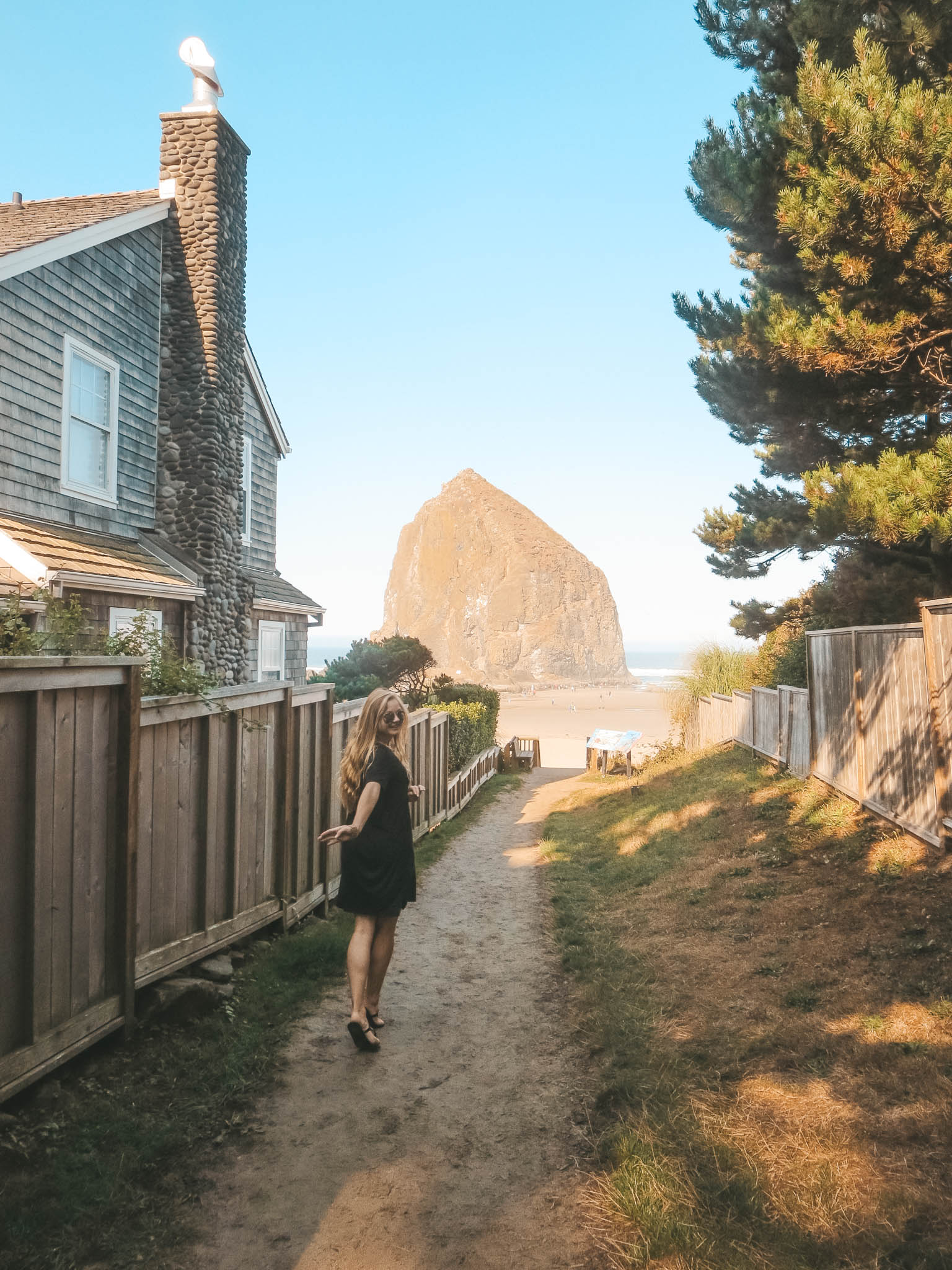 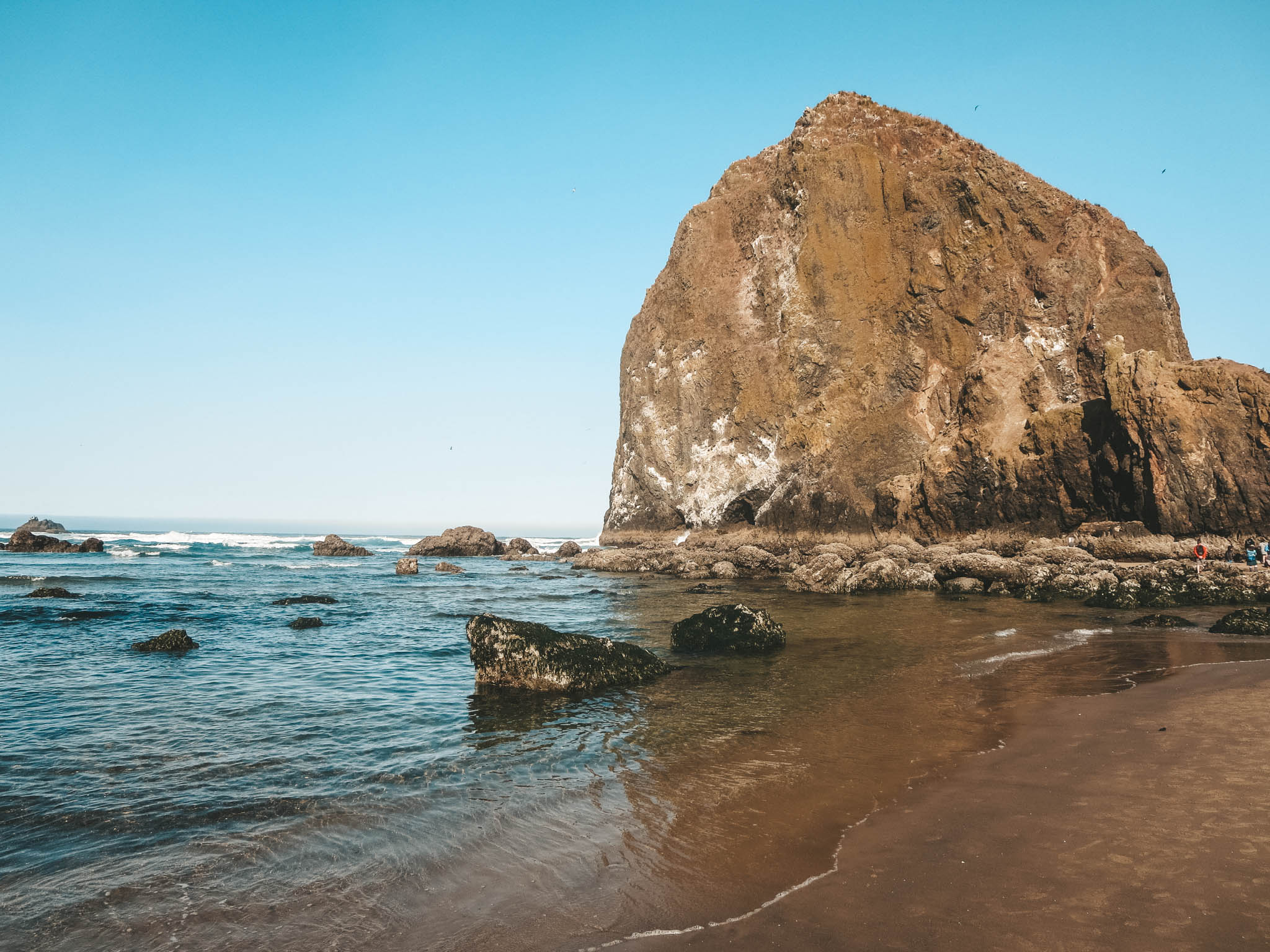 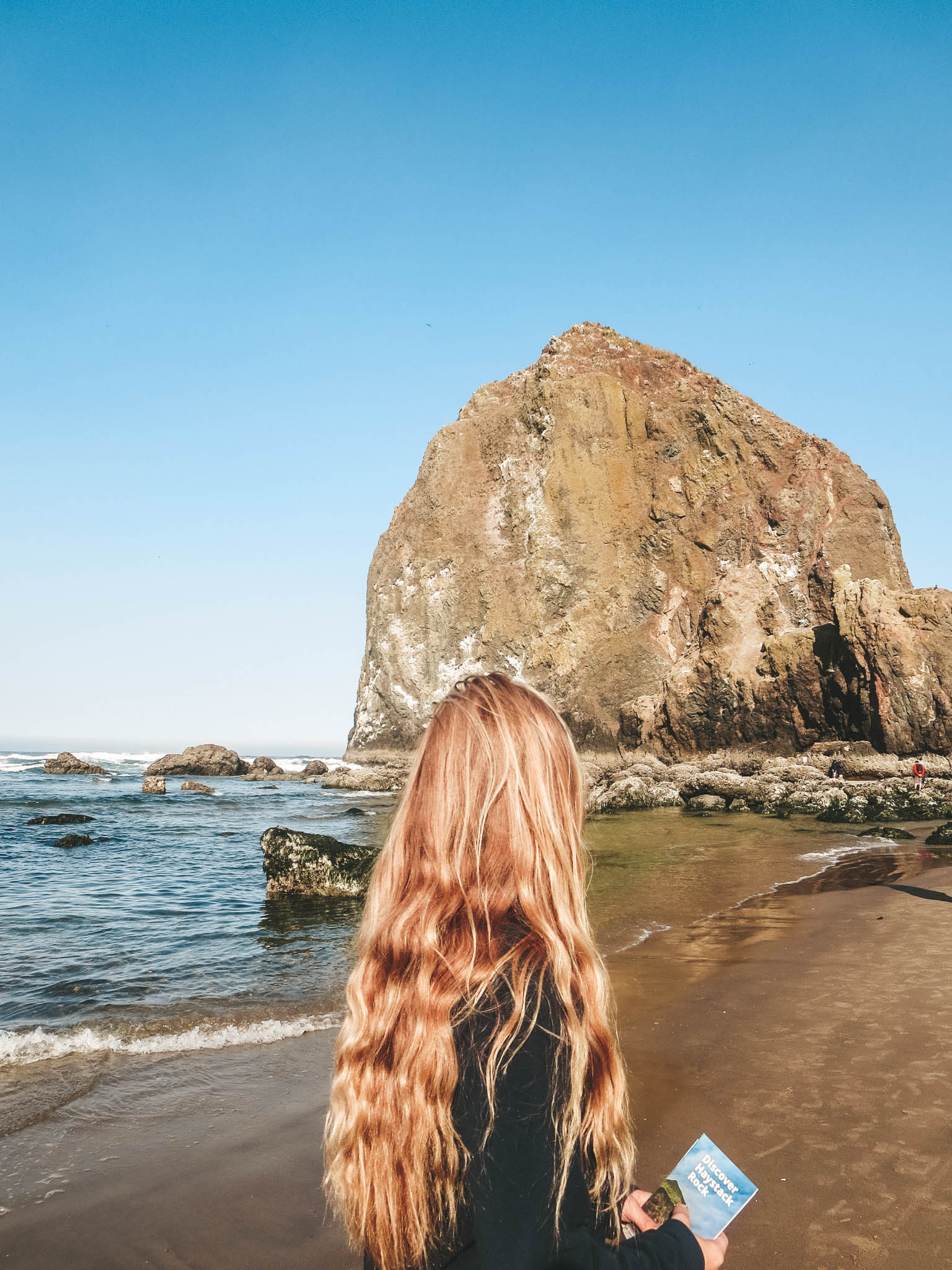 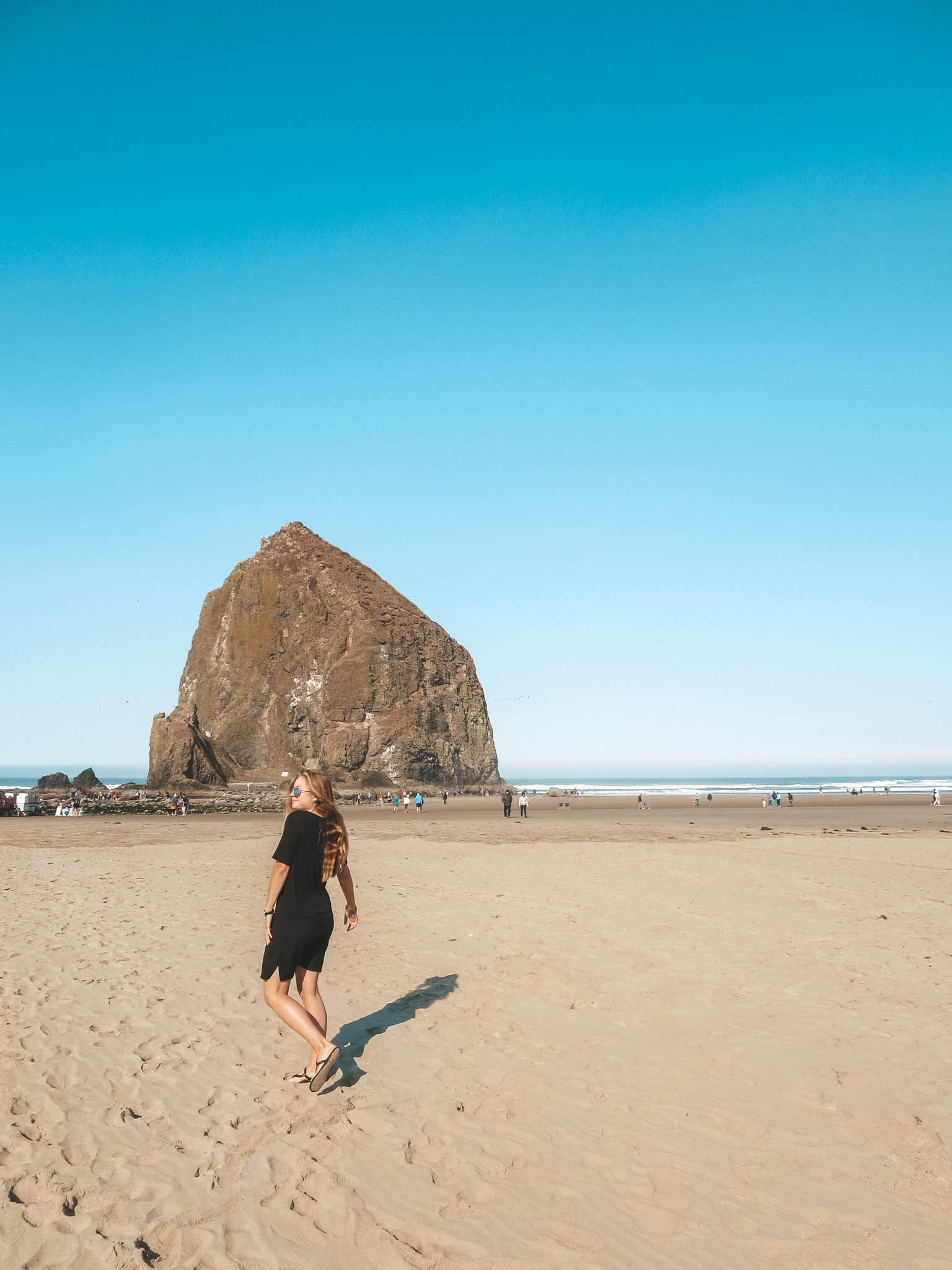 Driving between Cannon Beach and Tillamook is stunning - around every bend you can pull over for views like this: 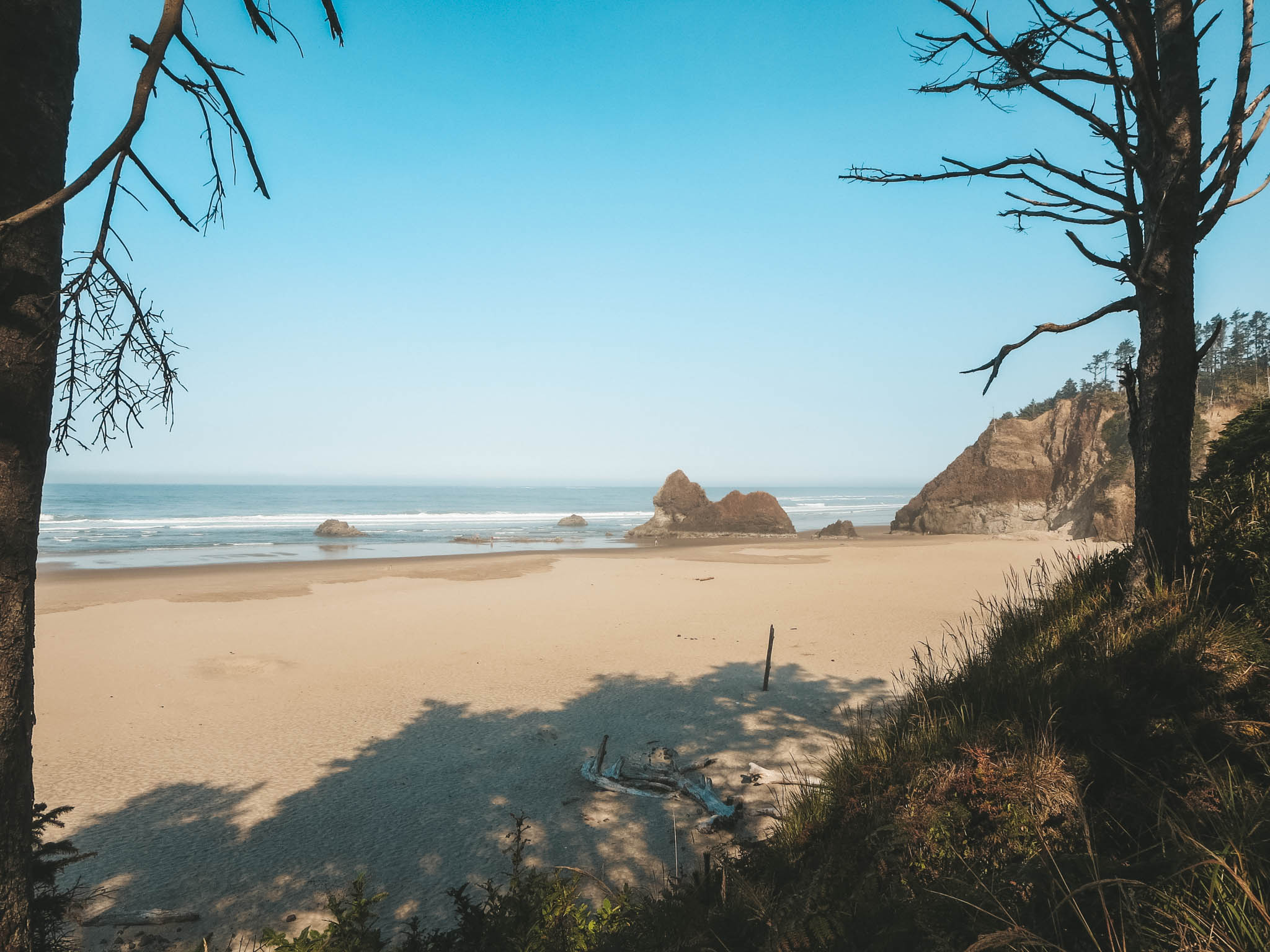 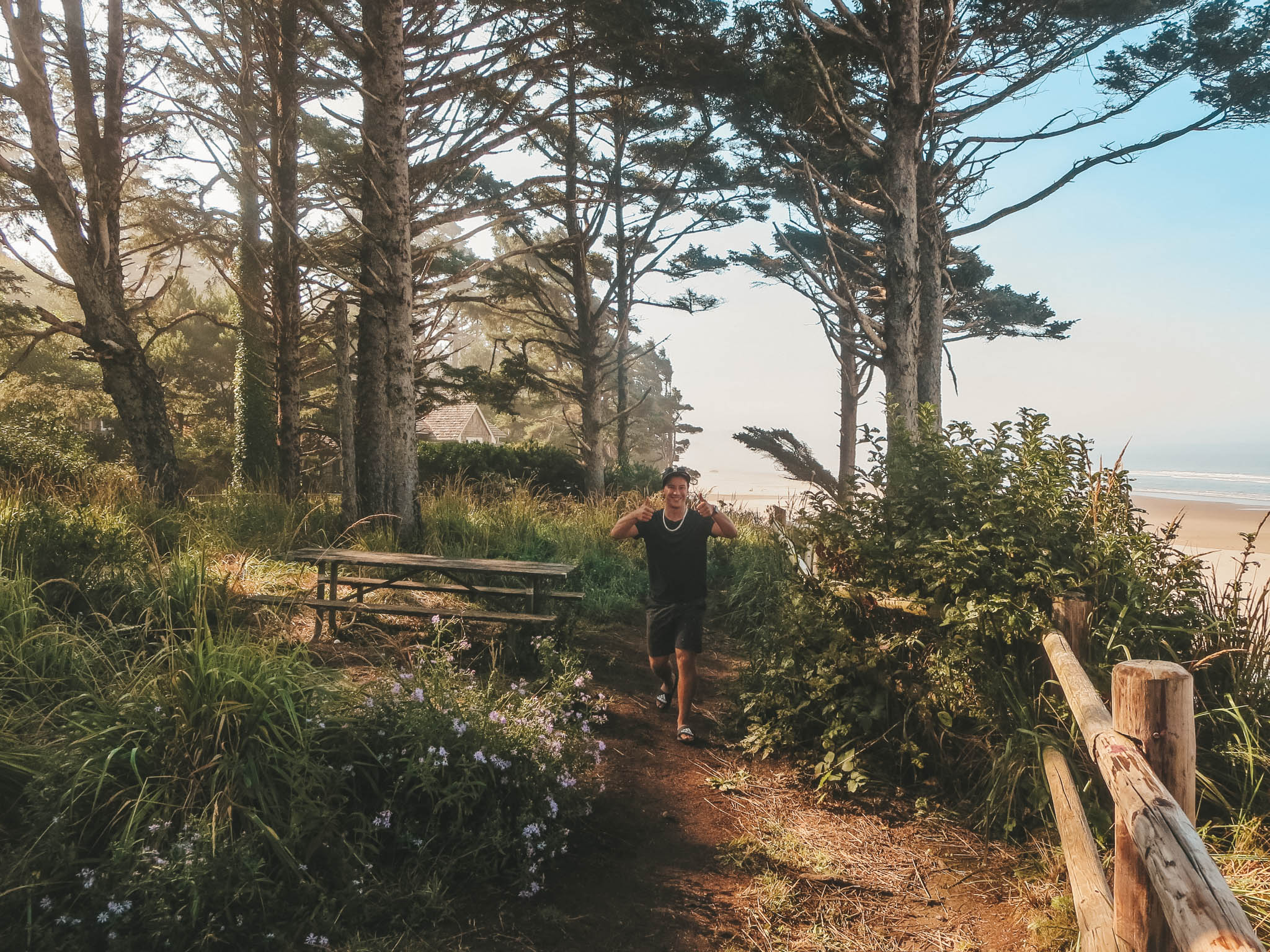 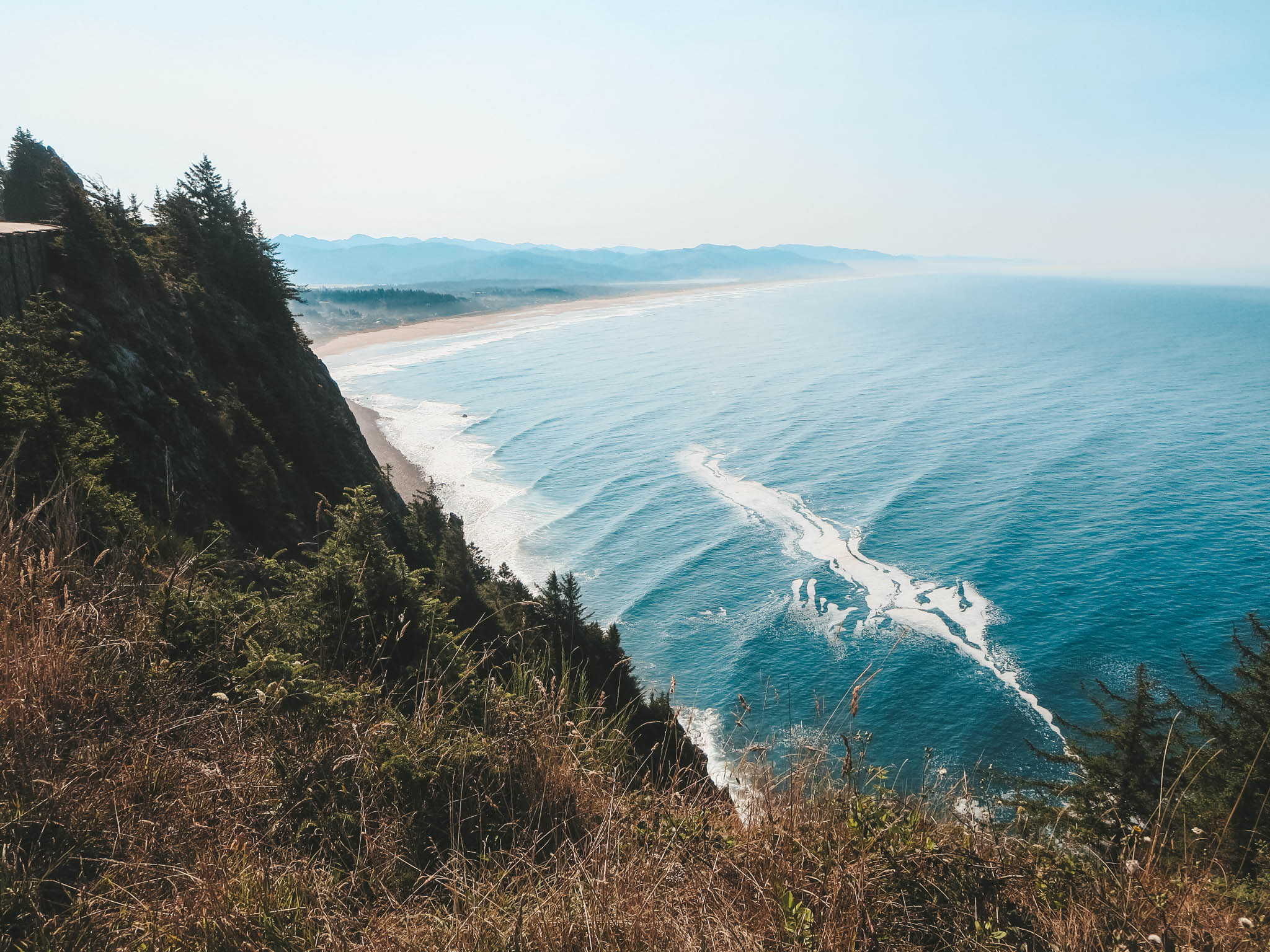 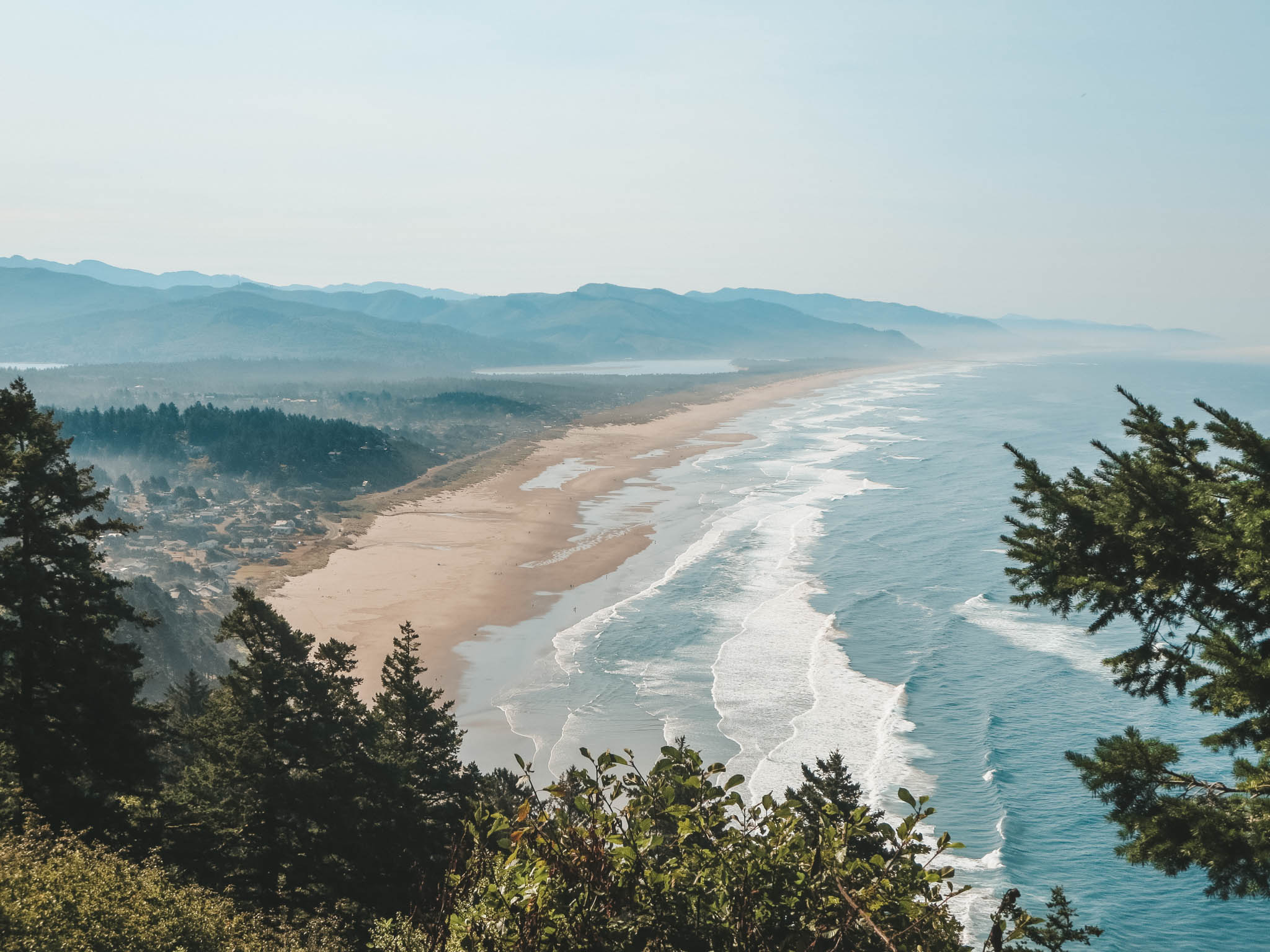 You absolutely must stop here on your way down the coast - watch every single stage of the perfected process of preparing Tillamook cheese, sample some of the yummiest cheese, buy Tillamook products straight from the warehouse, indulge on freshly made dishes and ice-cream featuring Tillamook dairy and wander the huge factory. 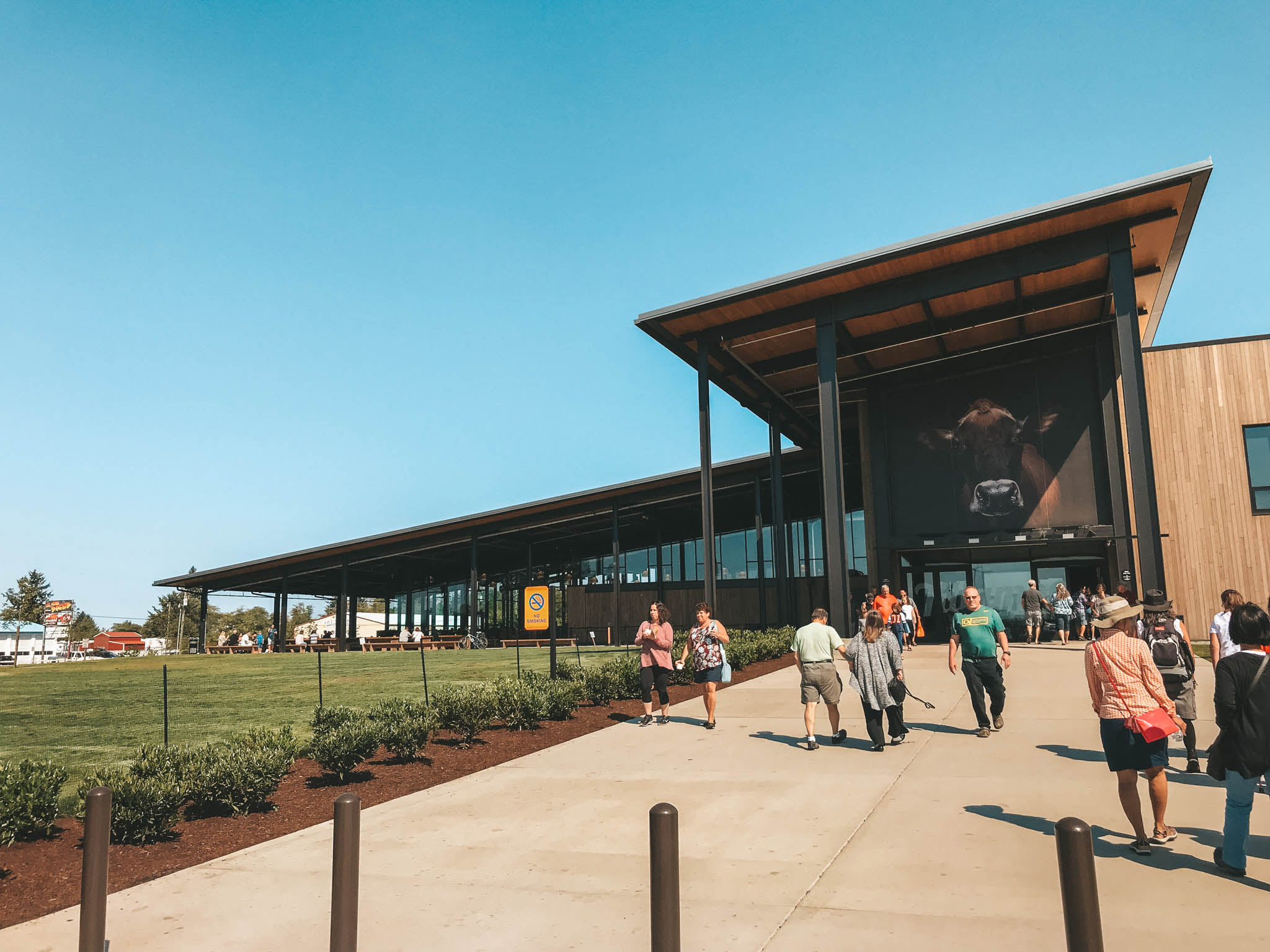 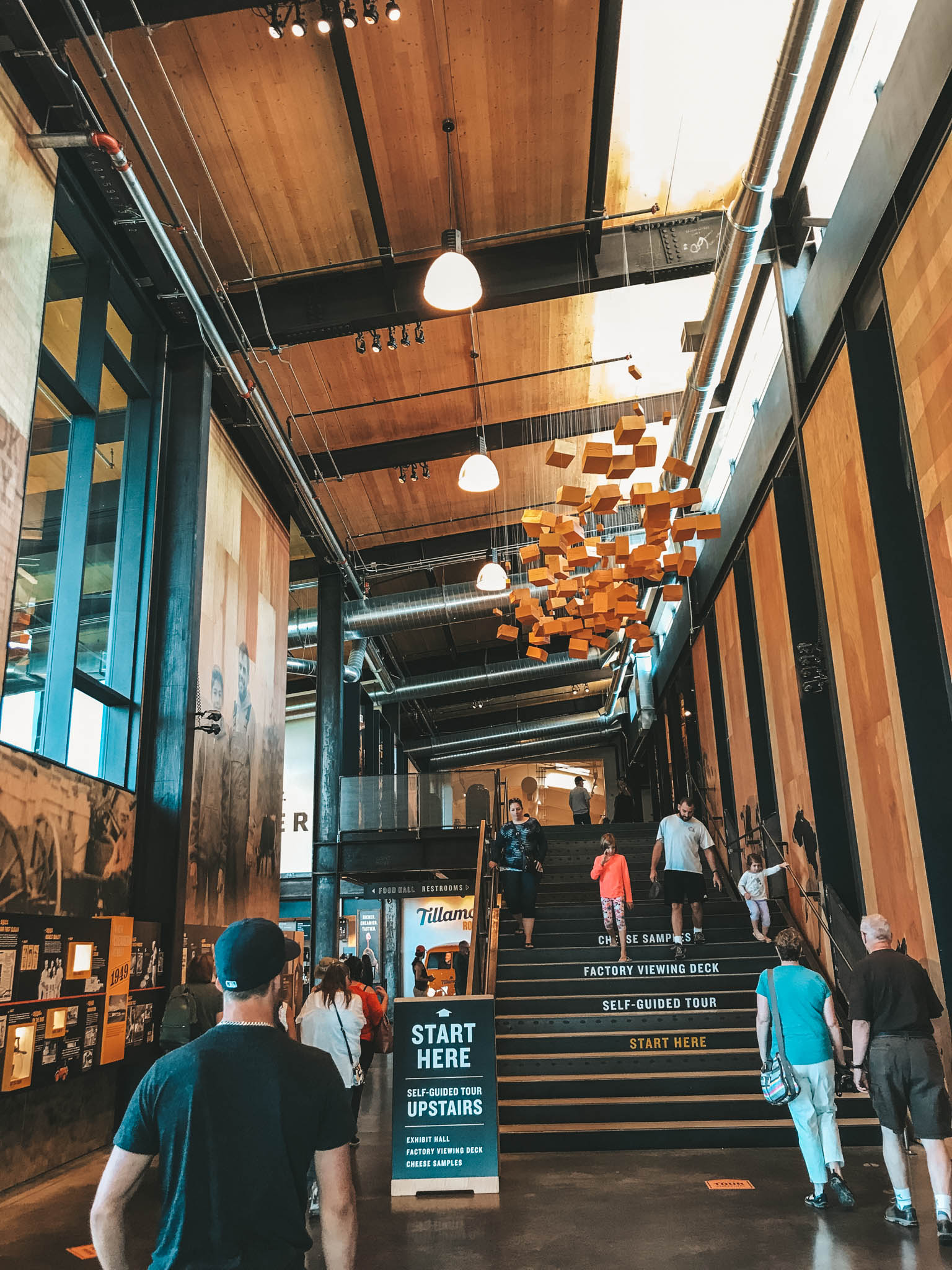 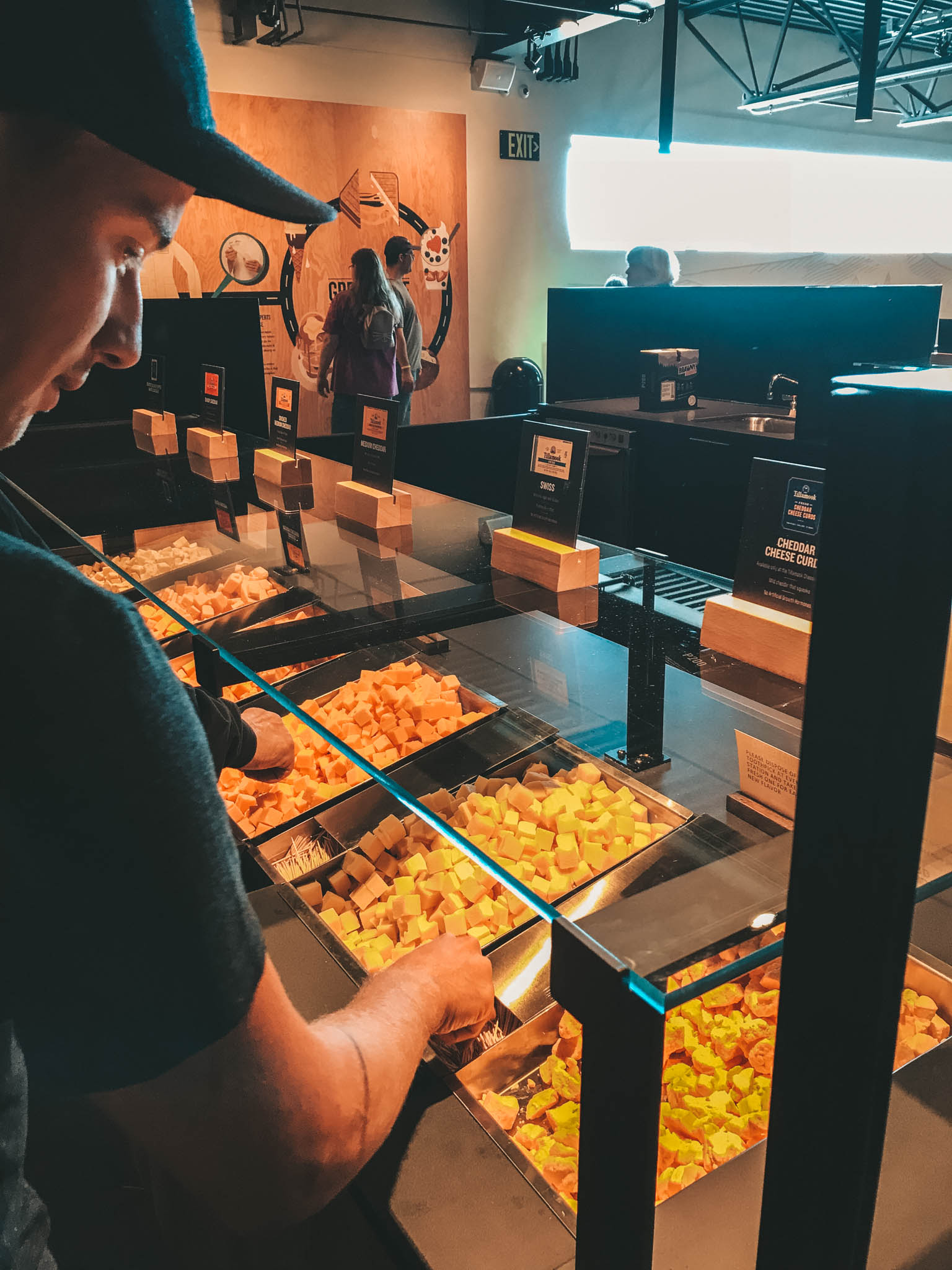 This darling little lighthouse is the shortest in Oregon, built in 1889 for use along the northern part of Oregon's coast. The lighthouse is named after Captain John Meares, the first to sail into Tillamook Bay. Nowadays, the lighthouse is inactive so you can climb right up inside! 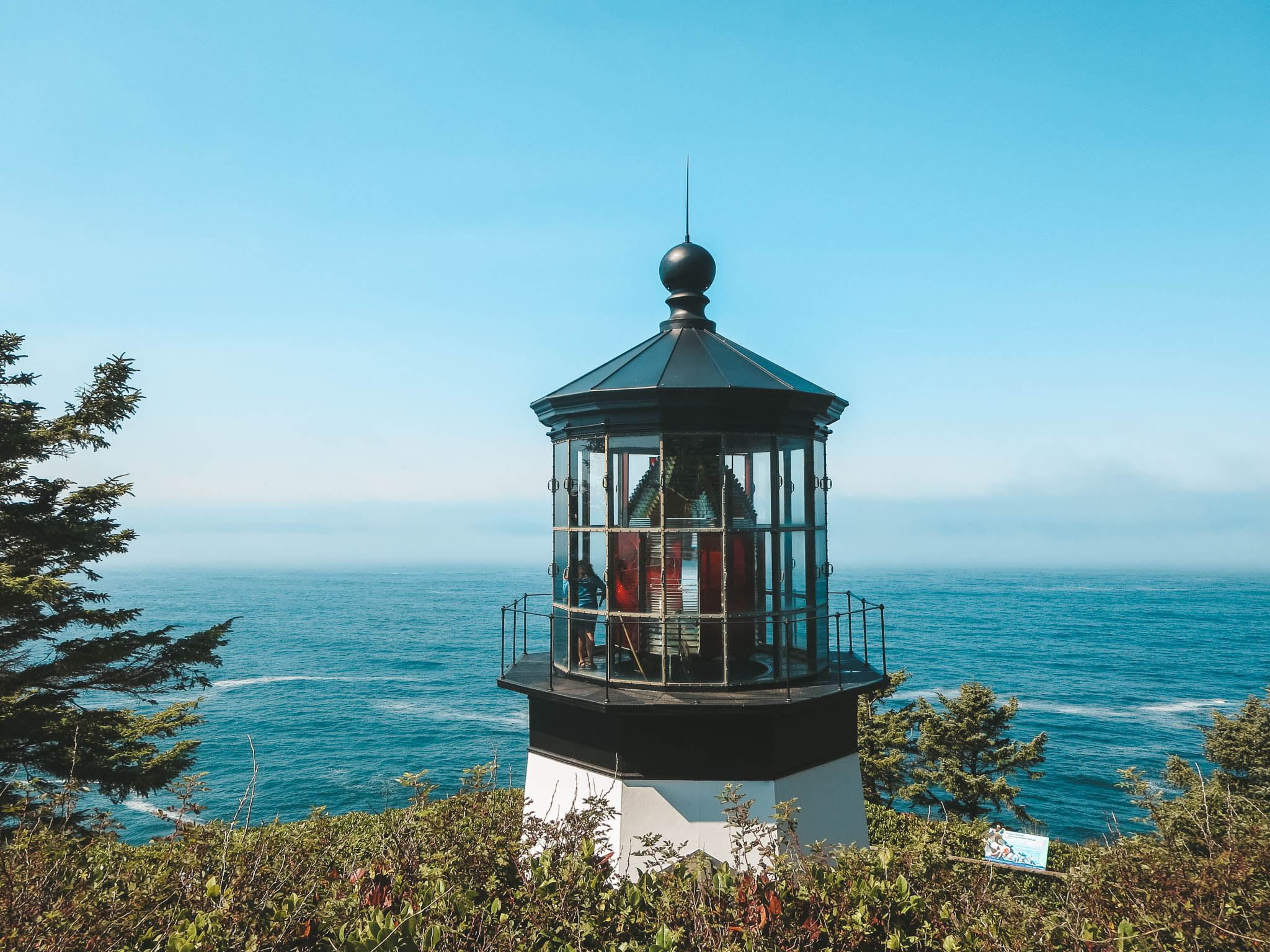 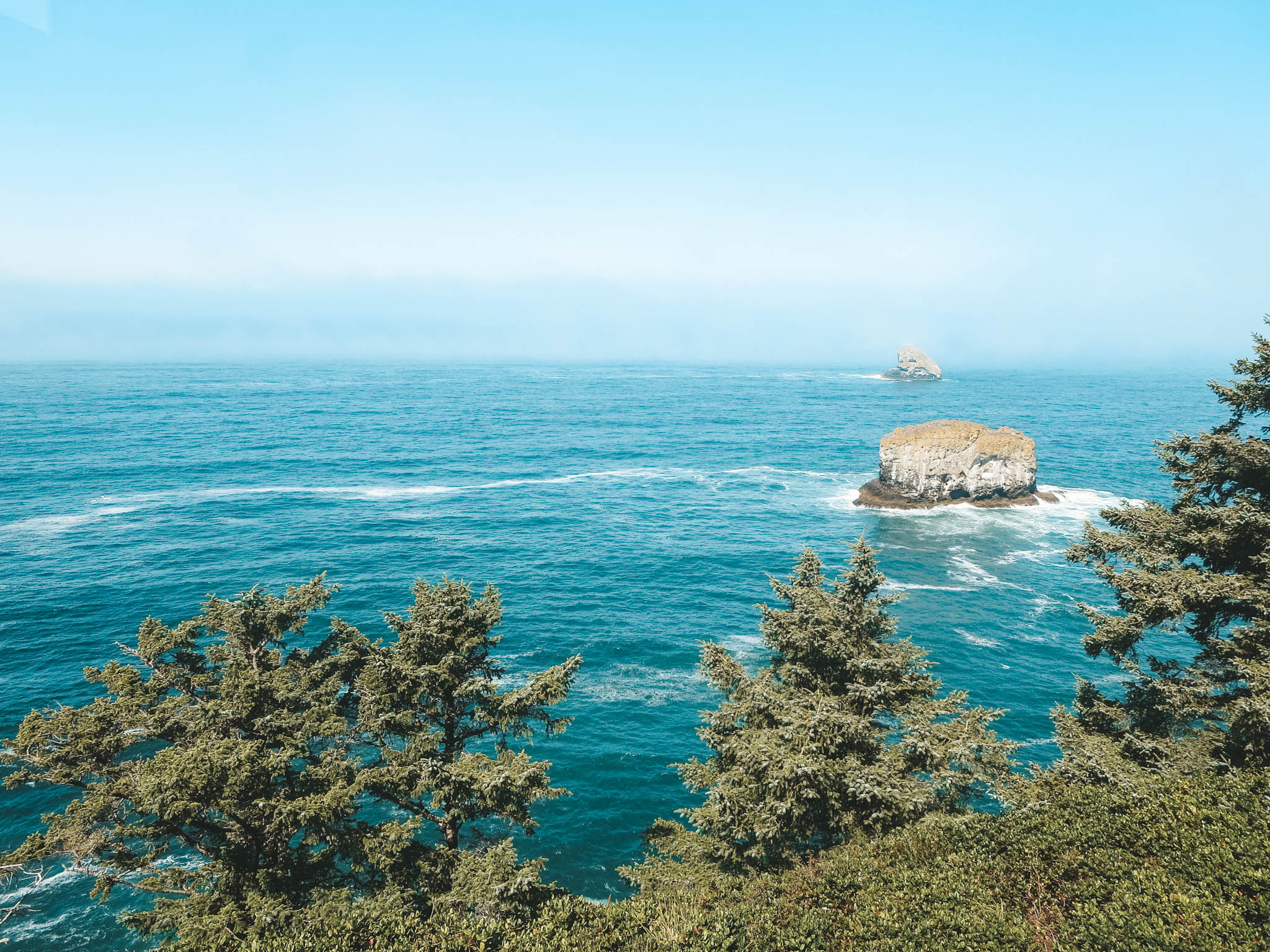 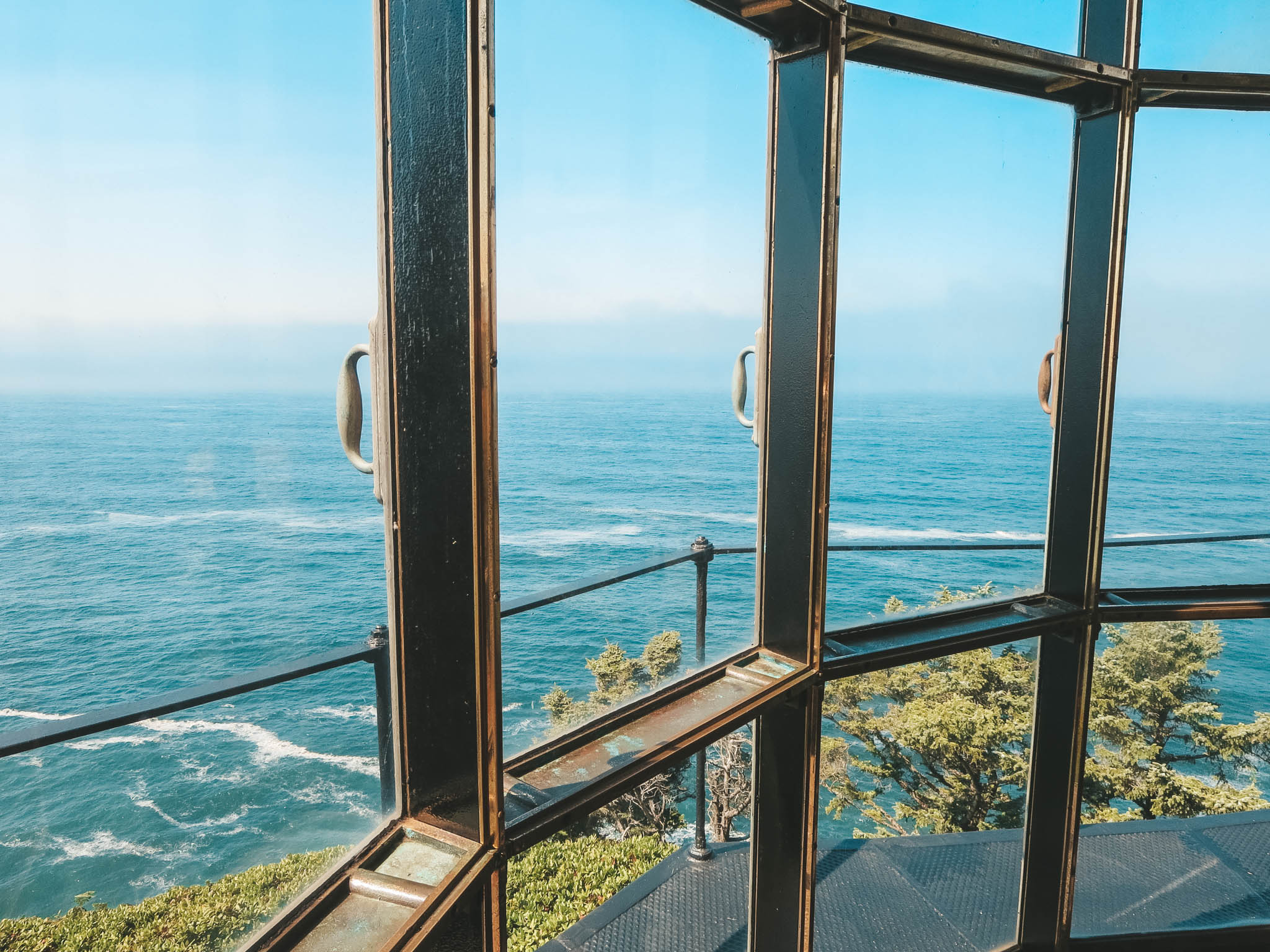 Stop here for a picnic in this day-use state park with attached campground. The waves crash in on the beach while the distance hills of the coast roll off into the distance. 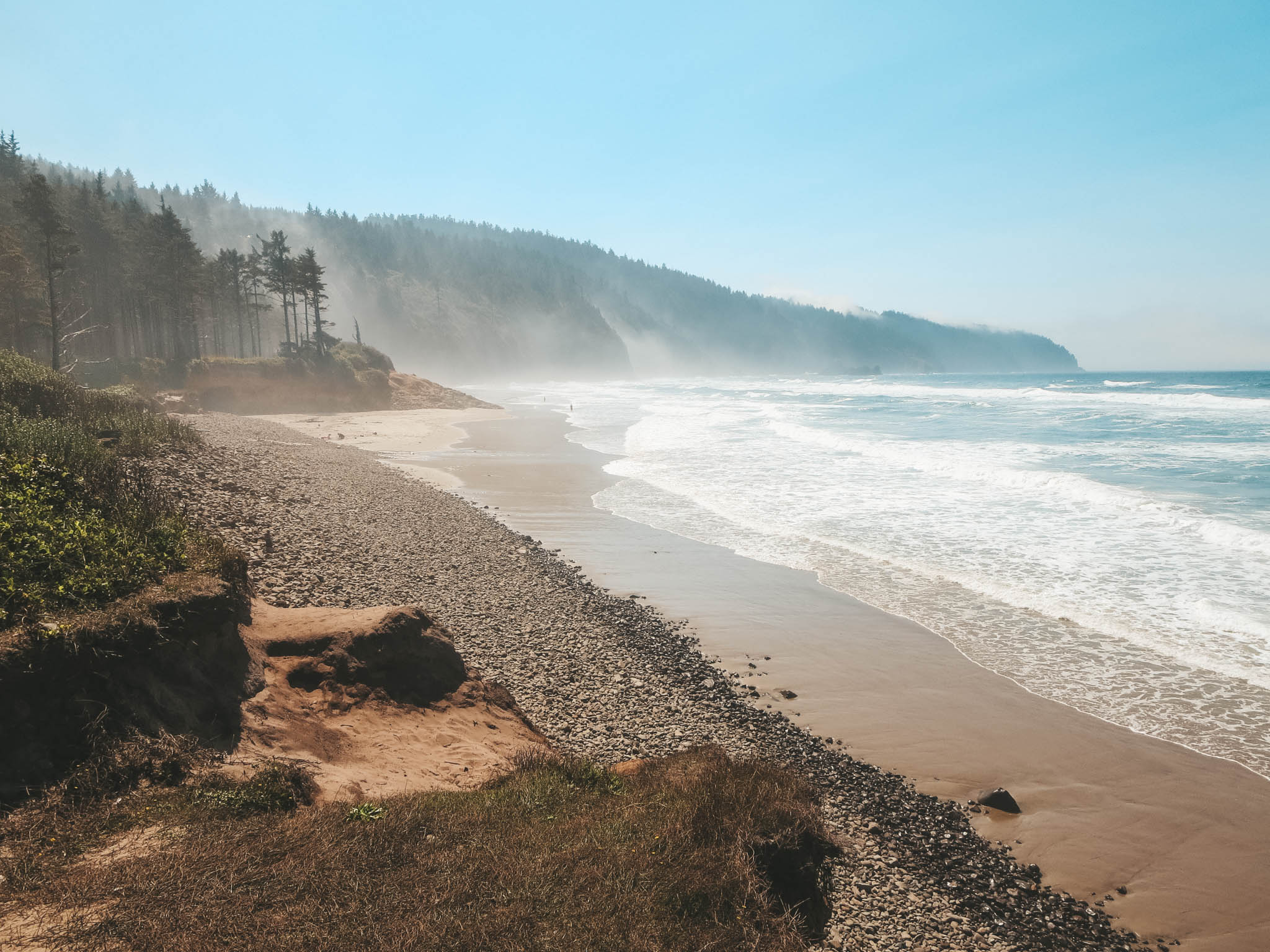 A massive rock resembling Haystack Rock looms on the horizon. Here, you can drive your car on the sand, clamber steep sand dunes and enjoy delicious burritos from local beach huts! 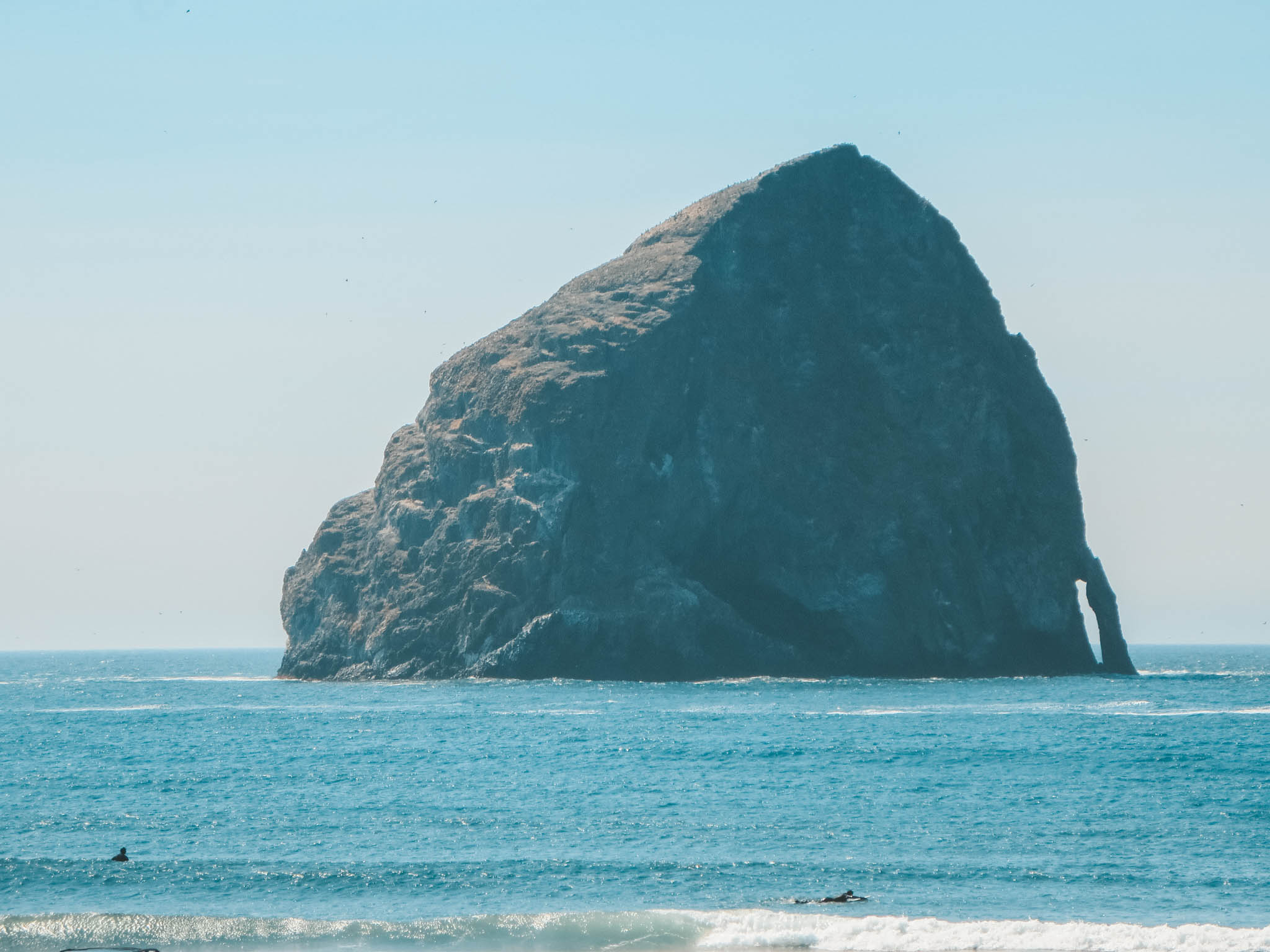 Welcome to prime dune-buggying country. Strap on a helmet and hit the sandy mountains famous for providing some of the most thrilling and adrenaline-inducing activity out there!

Pull over anywhere for jaw-dropping coastline. 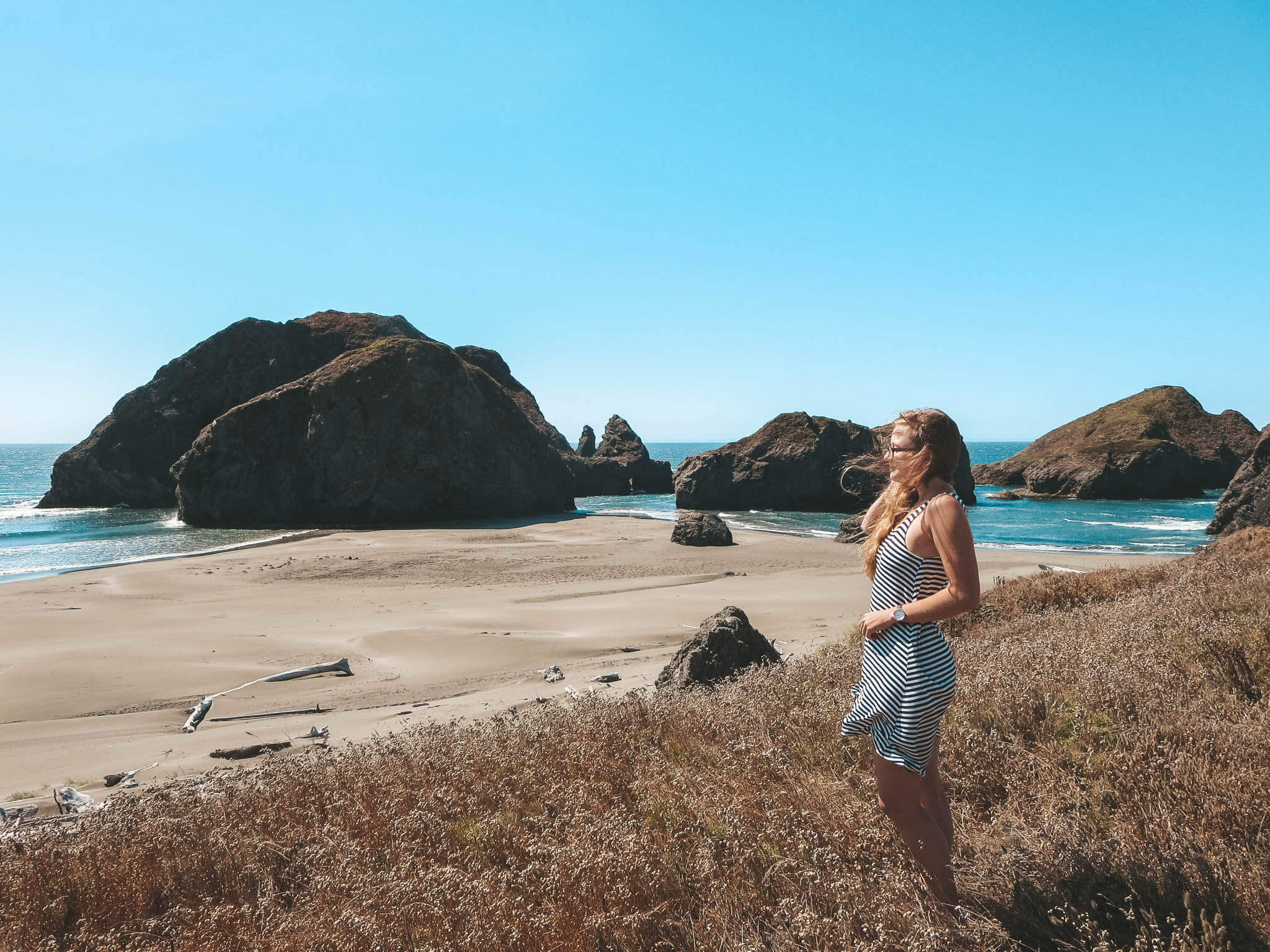 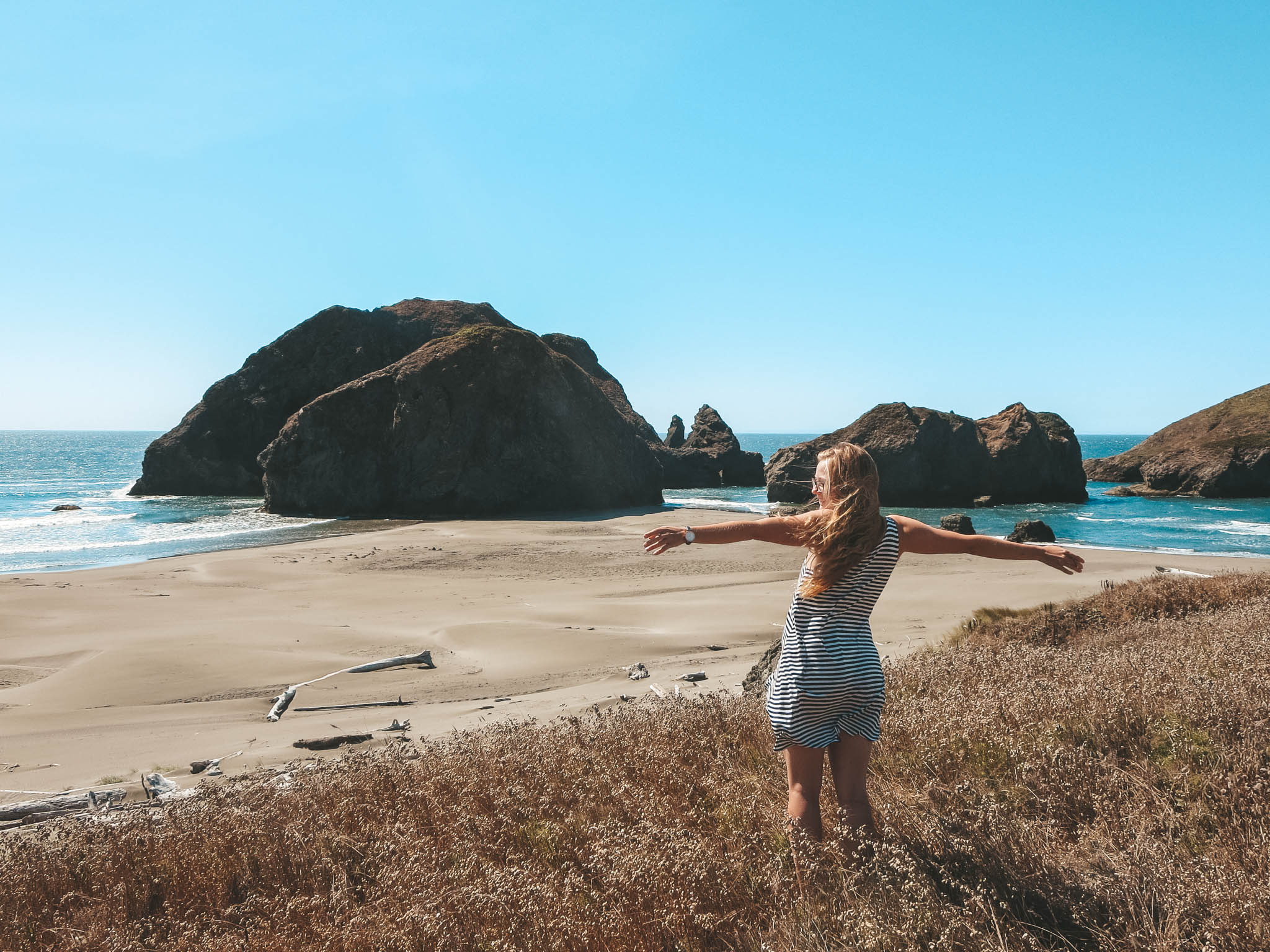 Home to expansive views of the Oregon coast, you can wander for miles around the local trails here.

A dark-sanded beach, this wild expanse of beach is just off the highway and perfect for dipping your toes in before dashing back to the warmth of your car! 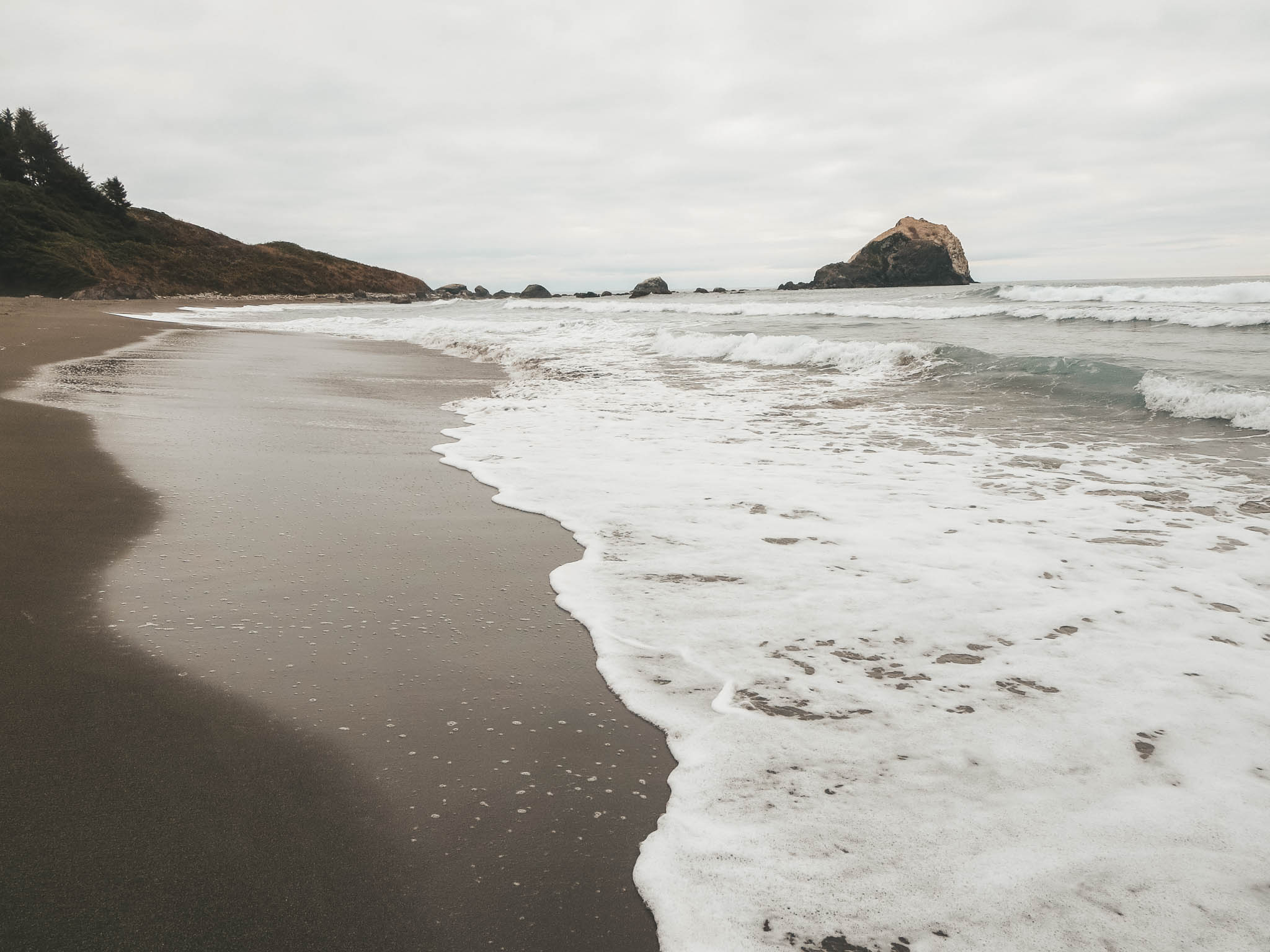 Samuel Boardman, a passionate advocate for Oregon's parks and the first state parks superintendent in Oregon, serving from 1929 to 1950, is known as the father of the state park system. Pop in at the many scenic lookouts along the southernmost part of Oregon's coast and see the wonders for yourself. 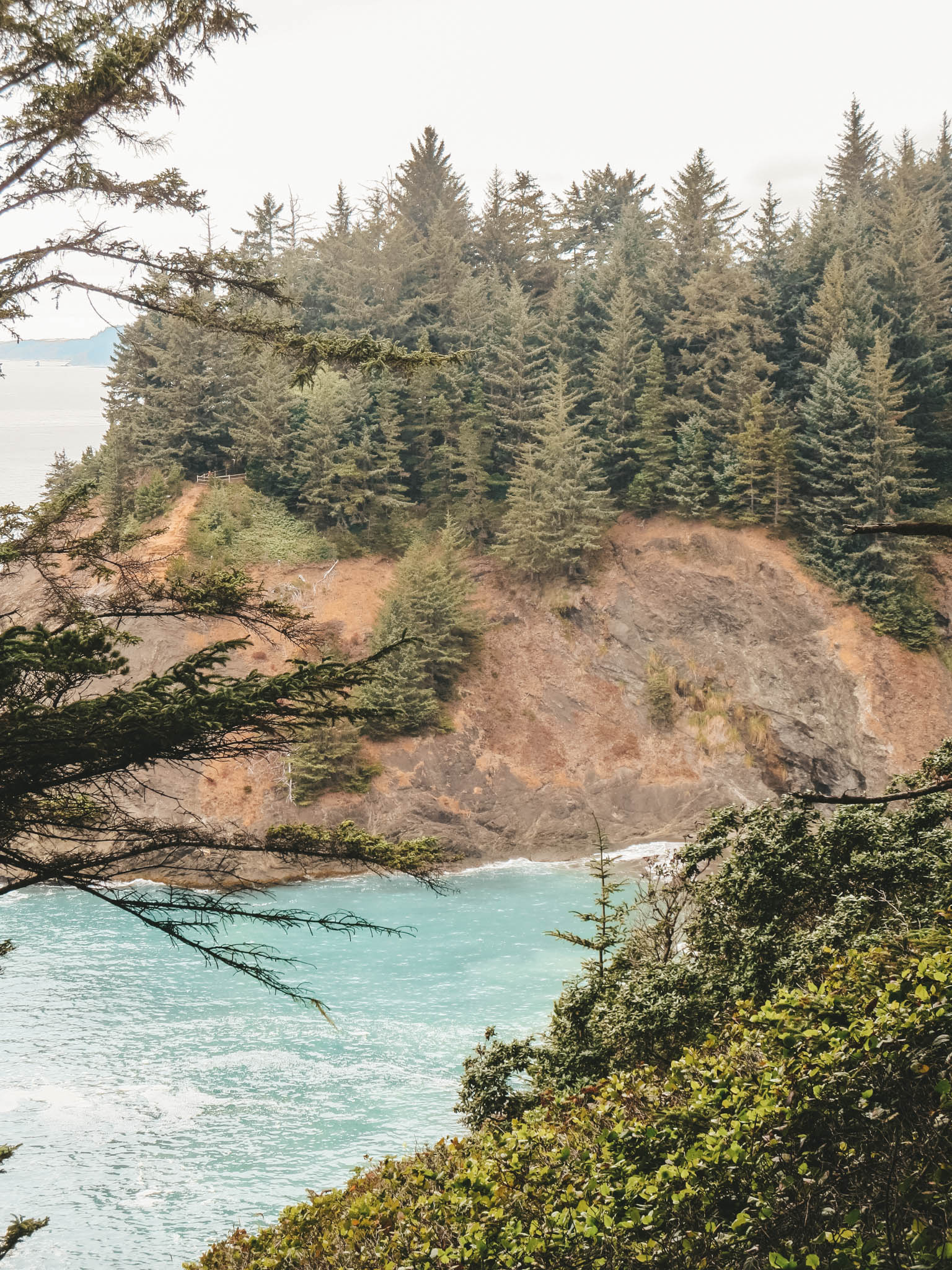 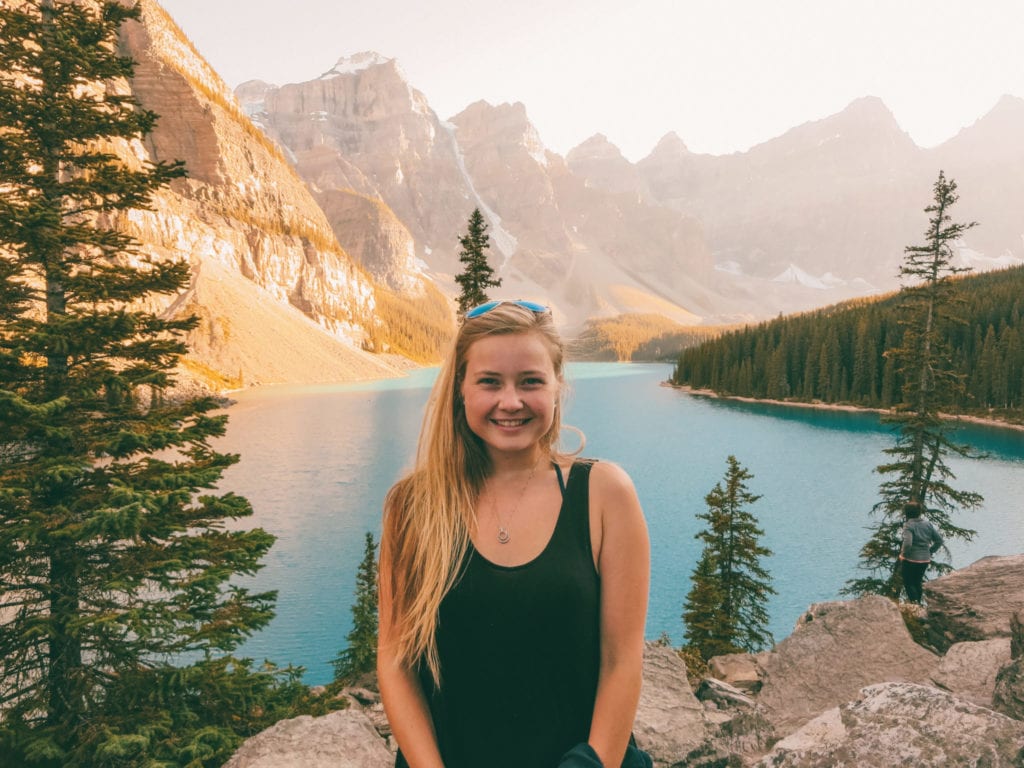 Hi! I'm Jana, a writer and photographer passionate about documenting my travels and adventures around the world.